The band has raised $300,000 for COVID-19 relief efforts with charity single "Atlas Falls" 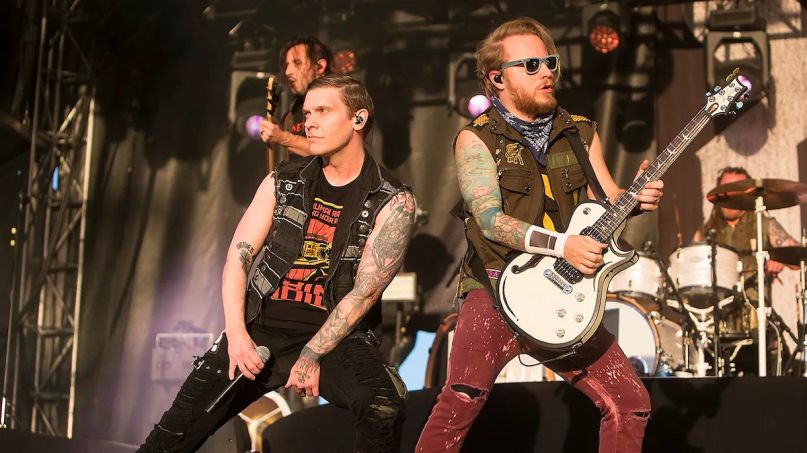 Shinedown singer Brent Smith recently made headlines when he said that the band was “not afraid” to play for fans amidst the COVID-19 pandemic. At the time, he insisted that Shinedown were “not backing off” their summer “Deep Dive Tour”, but now the band has officially canceled the outing.

In an interview with Jose Mangin for Zippo Live earlier this month, Smith said, “You can’t stay inside forever … if you shelter at home for too long, it’s going to deplete your immune system.” He continued, “Don’t be paralyzed by fear. You can’t allow that to happen, because then this invisible virus, however you wanna put it, then it begins to win.”

Regarding the U.S. summer tour, Smith added, “As of right now, that’s all a go. So we’re not backing off of that rescheduled timeline.”

While the singer did say in his original comments that “our number one priority is the safety of the public,” he later issued a statement to clarify his position: “We’d like you all to know that while we can’t wait to play for you and see all of you on the road again, we will only do so when it’s safe.”

“We’ve always been a ‘fans first’ band, but leaving you all in the dark is something we refuse to do. The ‘Deep Dive Tour’ was an idea the four of us collectively came up with to do something special for you in a way we don’t often get to do. But with the weight of everything happening in the world today, it has come to light that it’s impossible at this point to continue to move the tour forward this year. Trust us, we’ve tried anything and everything to make these shows happen while always keeping the health and safety of our fans, crew, and local venue staff as our #1 priority. Instead of stringing everyone along who pays their hard-earned money through endlessly postponing and rescheduling, we’ve had to make the difficult decision to cancel the shows. The ‘Deep Dive Tour’ will have to come alive at a different time when it’s safe for all. Refunds for all tickets and VIP will be available at point of purchase.

As much as this crushes us to not play the ‘Deep Dive Tour’, the health and safety of our fans, crew, and venue staff around the world are of the utmost importance to us. We love you, we miss you, and we have so much more coming for you this year while we sort out the ‘Concert World.’ For information on postponements / cancellations for non-‘Deep Dive’ summer dates, please check at point a purchase.”

The “Deep Dive Tour” would have kicked off on July 31st and run through a September 12th show. The outing had already been rescheduled from the spring, when it would have launched on April 15th.

On a positive note, Shinedown have raised more than $300,000 for COVID-19 relief efforts through their new charity single “Atlas Falls”. The song was written during sessions for the band’s Amaryllis album, but had been previously unreleased. In March, the track was finally unveiled exclusively as a song and t-shirt bundle to raise funds for Direct Relief. This past Friday, the band shared “Atlas Falls” with the general public, unveiling a lyric video for the song (see below).