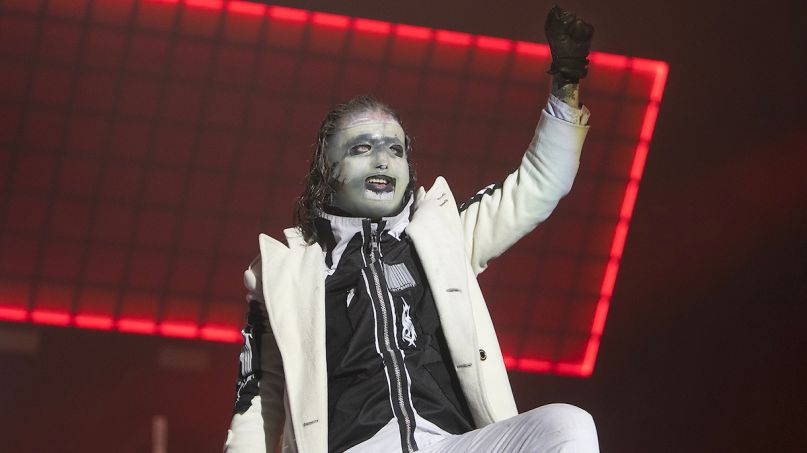 One of metal’s most anticipated tours, Slipknot’s North American “Knotfest Roadshow”, has been called off due to the COVID-19 pandemic. While it seemed inevitable, Slipknot officially canceled the trek on Wednesday (May 13th), just a few weeks before the tour was slated to begin. Moreover, the band also postponed its Knotfest at Sea cruise and canceled its Knotfest UK festival, both set for August.

The month-long “Knotfest Roadshow” had been scheduled to kick off May 30th in Syracuse, New York, and run through a June 25th show in The Woodlands, Texas. In addition to headliners Slipknot, the outing was to feature A Day to Remember, Underoath, and Code Orange.

The Slipknot-headlined Knotfest at Sea cruise, slated to set sail from Barcelona on August 10th, featured a bill that included Behemoth, Anthrax, DevilDriver, and more. The lineup for Knotfest UK, which would have taken place August 22nd at The National Bowl in Milton Keyes, had not been announced yet, other than Slipknot.

Slipknot had been touring in support of their latest album, We Are Not Your Kind, which received critical praise upon its release in August 2019.

On their official website, Slipknot posted the following statement:

“Unfortunately Slipknot’s summer 2020 touring, including the North American Knotfest Roadshow, Knotfest UK and Knotfest at Sea, will not be happening. Information on Knotfest at Sea will be coming soon. The band looks forward to performing for its fans again, and will do so when everyone’s safety can be assured. All ticket holders will be emailed directly by their point of purchase, Knotfest at Sea purchasers will be contacted with postponement information.”

Recently, Slipknot singer Corey Taylor spoke on the prospects of concerts returning after the pandemic, remarking, “There’s gonna be a sense of paranoia for a while — even after there’s a f**king medicine developed, or a vaccine,” and then adding, “I think once people realize that everything is okay … we’re gonna see a real renaissance and explosion of live entertainment.”

Until then, the official Knotfest website is streaming full concerts by bands who’ve been on the festival’s previous lineups.