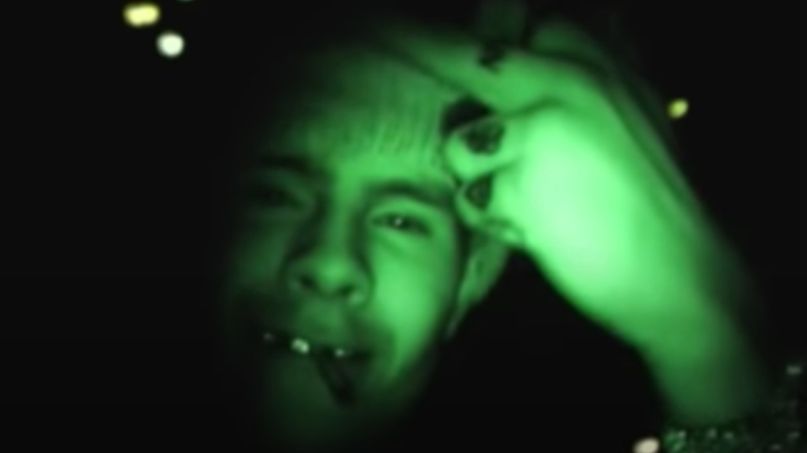 Slowthai loves to get up to no good, and now he’s ready to immortalize one of his most egregious actions in a new song. Presenting “ENEMY”, a single the UK rapper released this weekend that digs deep into his controversial speech from this year’s NME Awards.

To understand what he’s getting at on this new track, you must first revisit what went down at the awards show. Back in February, Slowthai was primed to have a big night at the NME Awards. He opened the evening by performing his excellent Mura Masa collaboration “Deal Wiv It”, which went swimmingly until he decided to get cheeky by mooning the crowd.

Things somehow got worse. When Slowthai accepted his fan-voted award for Hero of the Year, he harassed host and comedian Katherine Ryan by propositioning her. One audience member was so revolted that she called Slowthai out for his actions. In turn, he talked back to the crowd member, threw his drink, and then jumped onto the floor, presumably to fight, before security took him away.

It looks like “ENEMY” was created as a response to that NME Awards controversy. Apart from the obvious connection — the word “ENEMY” is a homophone for NME — the track also features some direct links back to the event, including a distant voice declaring Slowthai’s canceled and a quote from The 1975 frontperson Matty Healy who, during the band’s performance later that same night, said, “Everyone send your thoughts to Slowthai. Fuck knows where he is, but God bless the boy… fucking nightmare.”

Conveniently, “ENEMY” has also arrived with a music video. In the clip, Slowthai raps along to the track while darting before a florescent green light (no, not that kind). He flips off the camera, sticks out his tongue, and maintains his usual rambunctious mood better known as not giving a fuck. His teeth look particularly grotty here, too. Watch it below.