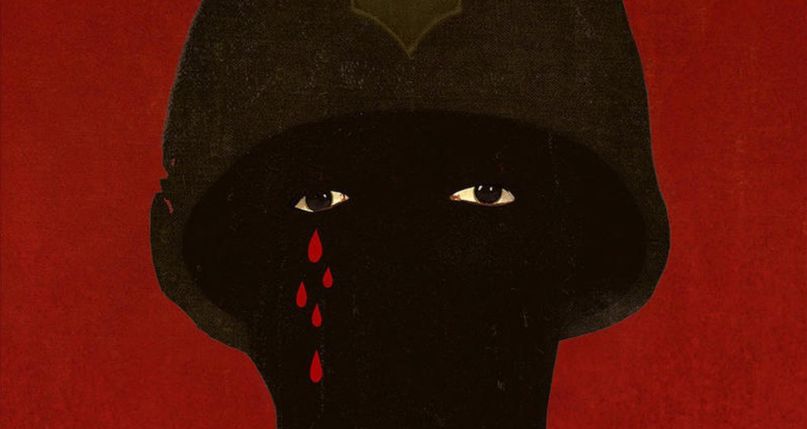 There’s a new Spike Lee joint heading to your home. Today, the legendary filmmaker announced that Da 5 Bloods, his highly anticipated follow-up to 2018’s BlacKkKlansman, will premiere on Netflix on Friday, June 12th.

Starring Chadwick Boseman, Delroy Lindo, Jonathan Majors, Paul Walter, and Jean Reno, the film follows four veterans who return to Vietnam searching for the remains of their fallen squad leader — and some treasure.

Lee directed and co-wrote the script with Danny Bilson, Paul DeMeo, Matt Billingsly, and Kevin Willmott, the latter of whom aided Lee and Charlie Wachtel on their Oscar-winning script for BlacKkKlansman.

Check out Lee’s announcement below, followed by its swanky poster, and revisit our 2018 Filmmaker of the Year interview in which the legend discusses the implications of revisiting nostalgia and the vitriolic era of Trump.

God Thursday Morning. DA New Spike Lee Joint-DA 5 BLOODS Will Be Streaming Out Onto World On Friday,June 12th. Please Check It Out. YA-DIG? SHO-NUFF. Peace And Love. Be Safe. pic.twitter.com/pC86pe2hcC