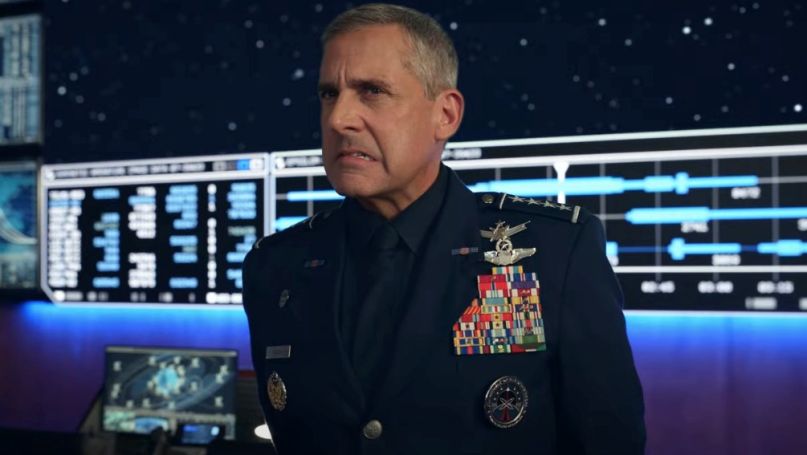 Space Force, the upcoming Netflix comedy series from The Office co-creator Greg Daniels and Steve Carell, has received its first teaser trailer in advance of its May 29th premiere. Watch it below.

Carell, who also serves as co-creator and executive producer, stars as Mark R. Naird, “a General tapped by the White House to lead a new branch of the Armed Forces with the goal of putting American ‘Boots on the Moon’ by 2024.” If you haven’t guessed by now, the series directly riffs on Donald Trump’s ludicrous Space Force idea.

Along with the below trailer, Netflix recently previewed Space Force with a whole bunch of set photos.

Space Force marks Carell’s first regular TV role since wrapping up The Office in 2011. Netflix is reportedly paying him a record-setting $1 million per episode.