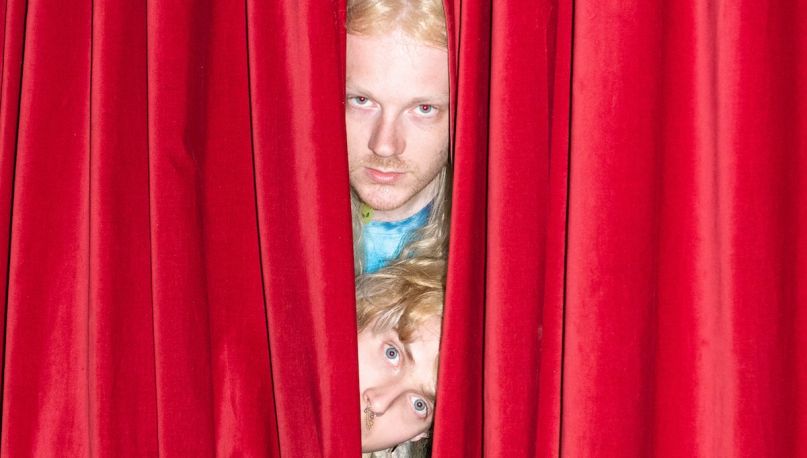 Earlier this month saw 100 gecs member Dylan Brady contribute extensively to how i’m feeling now, the quarantine album from Charli XCX. Now, 100 gecs proper are back with new material of their own: a remix of “stupid horse” featuring UK pop singer GFOTY and producer Count Baldor.

Compared to the original version found on last year’s acclaimed 1000 gecs debut, today’s rework capitalizes further on the duo’s manic, off-the-wall brand of experimental, futurist pop. Guitar parts have been swapped out for shredder-like synths and the whole thing feels like a Blink-182 and Sleigh Bells mashup on the verge of implosion.

Check out the remix below via an official video directed and edited by Weston Allen. As to be expected from 100 gecs’ Brady and Laura Les, it’s a bonkers watch filled with wizard goats and pigs dancing in a backyard.

The “stupid horse” remix is taken from 1000 gecs & The Tree of Clues, a remix album of 1000 gecs that’s “coming soon,” per a statement. For more of the LP, revisit their “gec 2 Ü” rework featuring Dorian Electra and that “ringtone” remix boasting Charli XCX, Rico Nasty, and Kero Kero Bonito. 100 gecs recently threw a music festival within Minecraft that drew in almost 200,000 viewers and raised over $50,000 for Feeding America.