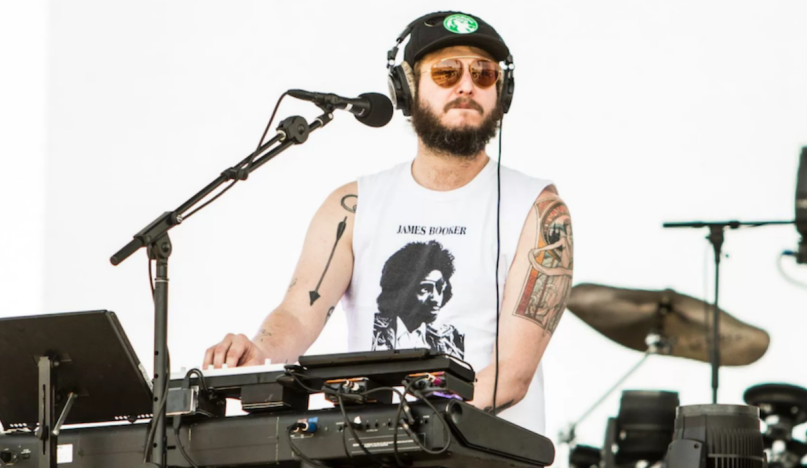 Right around the same time Justin Vernon began working on some Kanye West classics, the Bon Iver songwriter was also making ’80s soft rock as part of Midwestern supergroup GAYNGS. The band, which was also led by Poliça member Ryan Olson, put out just one album in 2010 before going on an extended hiatus. Now, Vernon, Olson & co. have returned with a comeback single called “Appeayl 2 U”.

According to song credits listed on Bandcamp, the new song features Vernon on synths and guitar, while Olson provided production throughout. There are a few other returning GAYNGS members, such as keyboardist Jake Luck of Leisure Birds and Michael Lewis, saxophonist for Andrew Bird. Also appearing are Velvet Negroni, Naeem Juwan (aka Spank Rock), Minneapolis poet and songwriter Dua Saleh, and R&B artist Sophia Eris, who recently served as Lizzo’s touring DJ.

In a pair of tweets from GAYNGS’ reactivated Twitter account, the band said it was supposed to perform a concert Thursday night celebrating the 50th anniversary of Minneapolis venue First Avenue. However, because of the ongoing pandemic, the show was canceled “so we decided to release one of the new songs that we would have played.” Stream “Appeayl 2 U” below.

In related news, Vernon is set to appear on Juwan’s forthcoming album Startisha. He also debuted a new song at a Bernie Sanders campaign event in April.

Tonight the band GAYNGS was scheduled to play at First Avenue as a part of their 50th anniversary shows and an homage to the last time Prince hopped out the back of a minivan, with a guitar strapped on, 2 his club. But PLANS HAVE CHANNGED…

so we decided to release one of the new songs that we would have played:https://t.co/9Aja9JLeXC