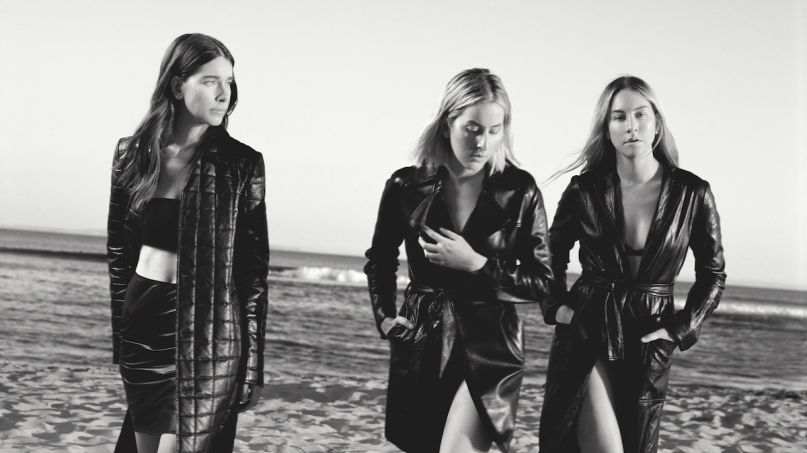 HAIM have dropped a new bop for summer playlists everywhere. “Don’t Wanna” is the latest single from their upcoming third album, Women In Music Pt. III. Listen in below.

While today’s offering has a groovy bit of sun and pep in its step, ultimately it’s about trying to save a failing relationship. “Well we both had nights/ Waking up in strangers’ beds/ But I don’t wanna, don’t wanna/ I don’t want to give up yet,” sings Danielle Haim. The HAIM frontwoman also produced the track with assistance from Rostam Batmanglij and Ariel Rechtshaid.

The highly-anticipated Women In Music Pt. III was initially slated for release in April, but was pushed back to June 26th due to the coronavirus pandemic. Still, the three-piece band has been busy promoting the record, having previously shared “I Know Alone”, “Summer Girl”, and “The Steps”, among others. HAIM also Zoomed in for a bedroom performance of “I Know Alone” on the Late Show with Stephen Colbert.

As for live shows, the band is rescheduling their Deli Tour, which promises concerts at actual delicatessens around the US. Fans can still get their HAIM fix with their weekly dance choreography lessons, so you can get some exercise in while stuck at home.