Kehlani Stunts On New Album It Was Good Until It Wasn’t: Stream 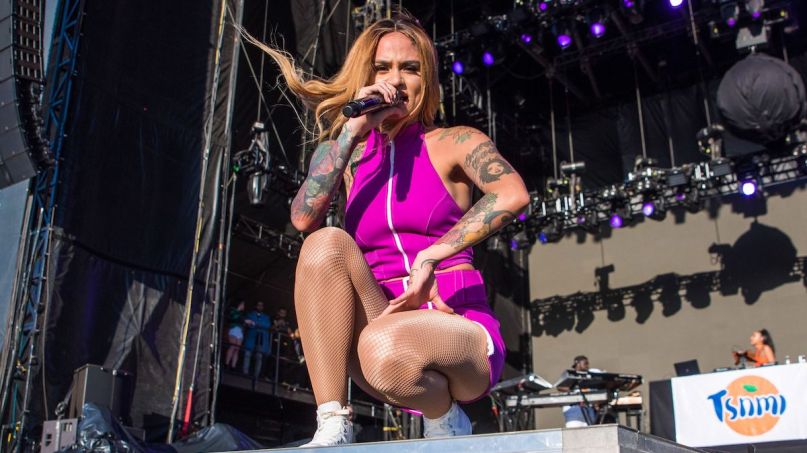 Quarantine is about to get a lot more soulful thanks to Kehlani, whose new album It Was Good Until It Wasn’t is out today on Atlantic Records. Listen in below via Apple Music or Spotify.

The follow-up to 2017’s SweetSexySavage features prominent collaborations with James Blake, Jhené Aiko, and Tory Lanez. Early on, Kehlani teased the sophomore record with singles “Toxic”, “F&MU”, and “Everybody Business”; all three came with music videos that were filmed while on lockdown.

In a press release, the Oakland native described It Was Good Until It Wasn’t as a “tale of perspective.” To illustrate her point, she pointed to the album’s cover artwork, which depicts the artist curiously peering over a cinderblock wall in her yard.

“The sun is shining, the sky is blue, but clearly something has gotten my attention,” explained Kehlani. “Paired with the back cover [which shows Kehlani’s worried face and a scene of destruction], we come into the question of is the grass really greener on the other side.”

Like most every musician, Kehlani has had to postpone her opening slot on Justin Bieber’s “Changes Tour” due to the pandemic.

It Was Good Until It Wasn’t Artwork: