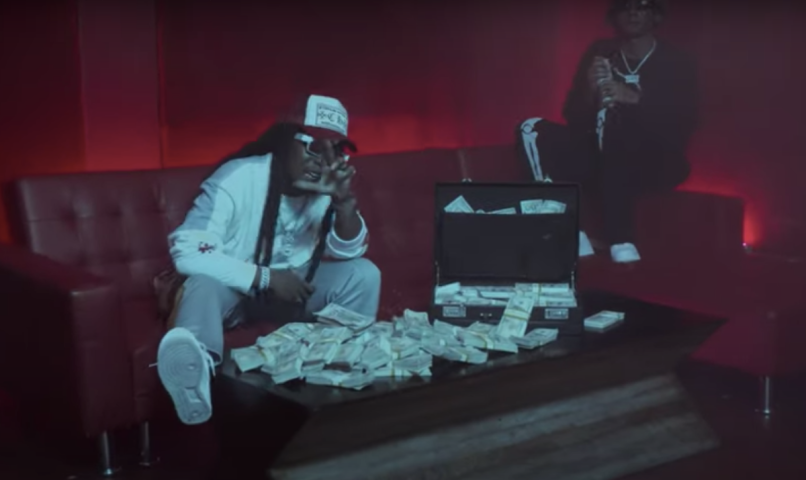 Migos, the prolific rappers with the sticky triplet flows, have returned with a new track, “Racks 2 Skinny”.

Produced by DJ Durel, “Racks 2 Skinny” finds the Migos having just spent an unwise amount of money. But the trio are not deterred. “When the racks too skinny (too skinny),” Quavo says in the hook, “I can make somethin’, squeeze a milli (squeeze, uh).” The song comes with a music video directed by Joseph Desrosiers and Migos. It features huge piles of rubber-banded cash, expensive grills, and space-age sports cars filmed like something out of Sin City. Check out “Racks 2 Skinny” below.

This is the second new track that Migos have released in as many weeks. On May 5th (Cinco de Mayo) they released the new track “Taco Tuesday”. In February, they teamed up with Young Thug and Travis Scott for “Give No Fxk.”