The Beths Second-Guess the Future on New Single “I’m Not Getting Excited”: Stream 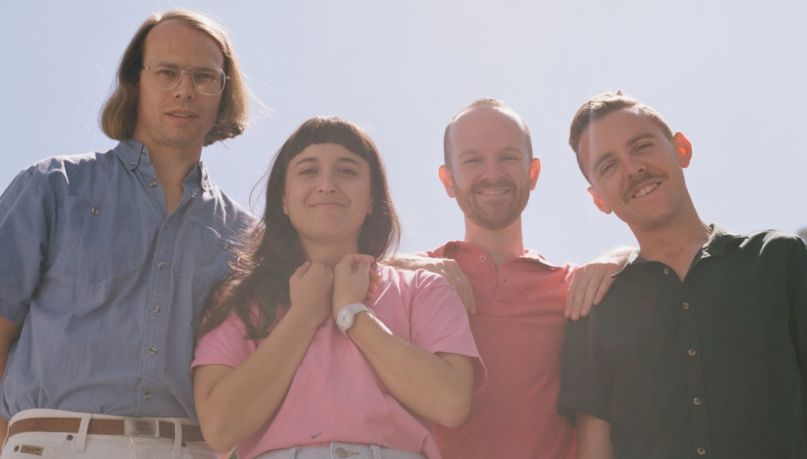 The Beths, photo by Mason Fairey

This summer, The Beths will return with a sophomore album called Jump Rope Gazers. After previewing the release with last month’s “Dying to Believe”, the New Zealand indie pop outfit is unboxing a new single in “I’m Not Getting Excited”.

While musically a jumpy, driving number, its subject matter is about denying oneself the freedom to enjoy excitement and success — all because of constant second-guessing. In a statement, lead singer Elizabeth Stokes explained this case of imposter syndrome,

“People always ask ‘are you excited!?’ and it’s a fair question, because exciting things do happen to us sometimes. Support slots, overseas tours, music releases. Stuff we’ve dreamed about for years. So the correct answer is always ‘yes.’ But the truth is that deep down there’s a tiny Liz saying, ‘don’t get excited.’ She is certain that anything good that could happen will most likely not happen, because of a freak accident. Or because somebody finally realises that we aren’t worthy, shouts ‘phony!’ and takes everything away.”

Today’s new single was written in 2019, “well before everything really did get taken away,” Stokes added. “It feels like the song has a new context, but we don’t know what it is yet. And now we all share a blurry, uncertain future.”

Check out “I’m Not Getting Excited” via its official video. Directed by Sports Team and featuring stop-motion animation, it was filmed in the band’s laundry room-turned-studio during the first few weeks of quarantine in New Zealand.

Jump Rope Gazers, which follows up on 2015’s Future Me Hates Me, officially arrives July 10th via Carpark Records.