Tame Impala Zone Out on 18-Minute-Long Remix of “One More Year”: Stream

A "balearic house reimagining" of The Slow Rush cut 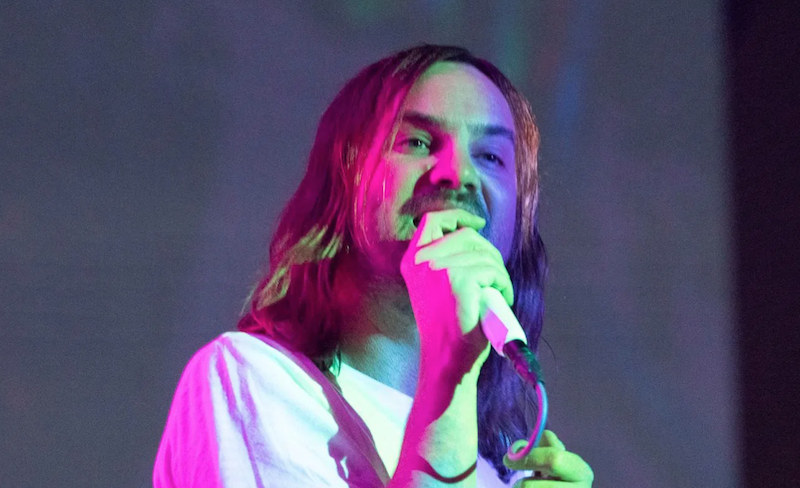 Earlier this month, London-based online radio station NTS Radio hosted a star-studded 24-hour livestream that featured Tame Impala, among dozens of others. It seems like Kevin Parker had a good time on the show then because he’s partnering with NTS Radio once more, this time to release a dazzling 18-minute-long (!) remix of “One More Year”.

The Slow Rush opener clocks in just over five minutes on the band’s new album. But here, in Parker’s hands, it gets a self-described “balearic house reimagining.” A deep bass drum beat thuds in the background while Parker’s vocal track fades in and out of focus, echoing like it’s being broadcast in a massive warehouse. The synths twist slowly by comparison, creating an overall effect that feels like you’re running in a sprint but your vision is blurry. Stream it over at the NTS Radio website.

This exclusive remix is free to stream, but NTS Radio released it as part of their “Remote Utopias” programming, the livestream event that raised money for the Global FoodBanking Network’s efforts. As such, they’re asking fans to donate, if possible, here.

Tame Impala has been treating fans to special little treats like this while quarantined at home in Australia. Earlier this week, Parker gave one of the most memorable Tame Impala television performances yet as the musical guest on The Late Show with Stephen Colbert. Before that, he played on Mark Ronson’s “Love Lockdown” party and gave an intimate performance of “On Track” from his couch at home. We may not be able to catch Tame Impala at music festivals this summer, but at least we can spend the summer with his music indoors.