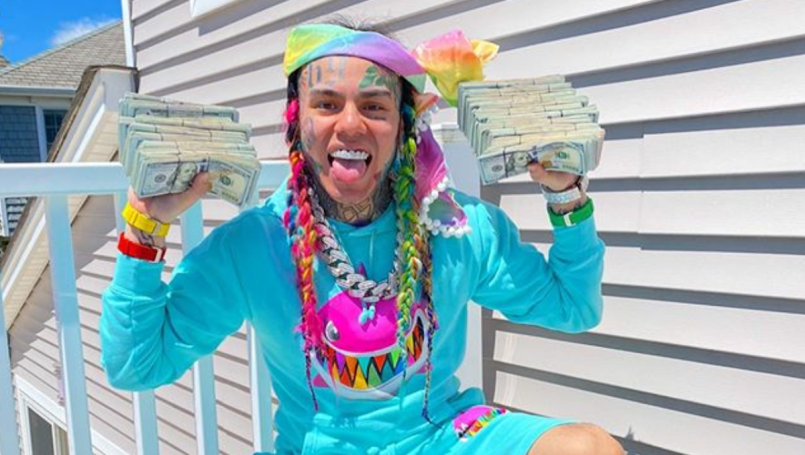 Looks like Snoop Dogg and Meek Mill aren’t the only ones who don’t want to hear from Tekashi 6ix9ine now that he’s out of prison. The rapper/glorified snitch recently made a $200,000 donation to the child hunger charity No Kid Hungry, only to see it rejected.

6ix9ine announced his donation on Instagram, writing in a since-deleted post, “During this pandemic I understand we have nurses and frontline Hero’s who risk there life daily to save others. But NEVER forget the children & families who depend on OUR PUBLIC schools for daily meals and nutritions to keep our future leaders growing to their best potential.” [sic].

The caption accompanied a still from the video for his comeback single “GOOBA”; that song and the merch released alongside it reportedly netted him $2 million in under a week, so it’s not like the generous $200k was hurting his money bands.

Regardless of the good the cash could do, No Kid Hungry decided it didn’t want its funding to come from such a polarizing figure. “We are grateful for Mr. Hernandez’s generous offer to donate to No Kid Hungry but we have informed his representatives that we have declined this donation,” No Kid Hungry’s director of strategic communications Laura Washburn told Complex. “As a child-focused campaign, it is our policy to decline funding from donors whose activities do not align with our mission and values.”

6ix9ine quickly shot back on Instagram, though that post has also been deleted. He wrote, “@nokidhungry rather take food out the mouth of these innocent children I never seen something so cruel.” Screenshots of both posts can be see below.

It’s hard to argue with either side of this one: That amount of money certainly could have helped families feed kids at risk of going hungry because of the pandemic, but it’s hard to blame the charity from wanting to distance itself from a guy currently under house arrest.

That’s doubly true when you consider the reasons for 6ix9ine’s current state of custody: He pleaded guilty last year to racketeering, firearm possession, and drug trafficking charges, as well as involvement in an attempted hit on a rival gang member and the shooting of Chief Keef. Even after choosing to cooperate with prosecutors, he received a two-year prison sentence. However, due to being a “model” prisoner, he got his release date moved up to August 2020, only to find himself out of jail even sooner due to coronavirus.

He has also long rejected the idea of witness protection, which is already proving to be something of an issue. Shortly after his release, 6ix9ine posted a picture of himself holding stacks of money on his balcony. A neighbor apparently saw the shoot and leaked the rapper’s address. According to his attorney, Lance Lazzaro, the security breach has forced 6ix9ine to move.