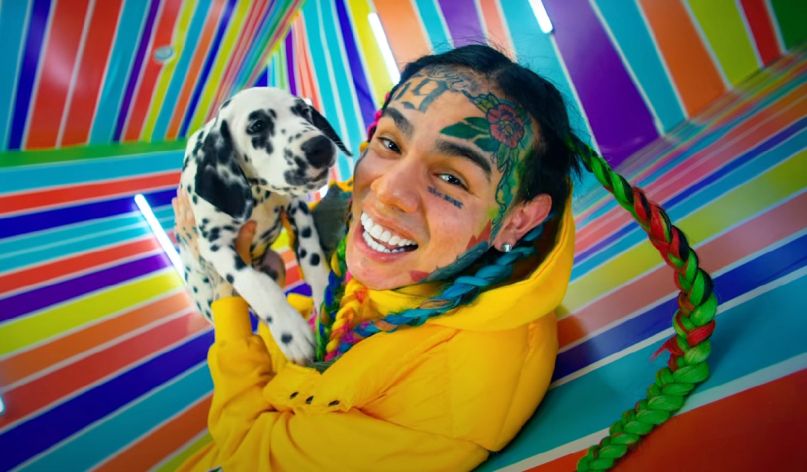 Tekashi 6ix9ine has returned with his first new single since his release from prison. Check out “GOOBA” via its colorful, NSFW video below.  According to TMZ, the video was filmed in the rapper’s backyard, as he is currently under house arrest.

It’s been over a year since the troubled rapper pled guilty to racketeering, firearm possession, and drug trafficking charges. He also admitted to being involved in an attempted hit on a rival gang member, as well as the shooting of Chief Keef. But after cooperating with prosecutors — some have called it snitching — the artist born Daniel Hernandez rejected witness protection and then behaved like such a model prisoner that his release date was moved up. He subsequently got out of prison even earlier than expected, when the coronavirus crisis put the asthmatic rapper at risk. As all this went on, 6ix9ine reportedly signed a $10 million recording contract. “GOOBA” is his first release as part of this new deal.

During his incarceration, Tekashi 6ix9ine inspired a lot of talk around the pop culture water cooler. Notably, YG released a song in his honor called “Stop Snitchin”, while Snoop Dogg trolled him, pointing out that “Martha Stewart snitched on NOT ONE soul.”