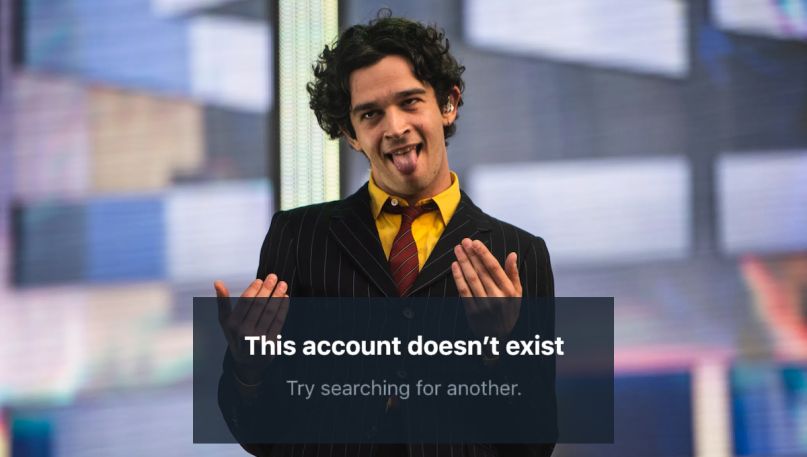 In an era where hardline opinions and virtue signaling bash against each other constantly on social media, there really is no winning. Take, for example, the discourse surrounding George Floyd, the Minneapolis man killed by a police officer pressing a knee into his neck while he was handcuffed. Just yesterday, John Boyega took heat for saying, “I really fucking hate racists” in the wake of the tragedy. Today, The 1975’s Matty Healy has left Twitter after receiving backlash for including his own music in an expression of support for the Black Lives Matter movement.

Healy sent out a message that read, “If you truly believe that ‘ALL LIVES MATTER’ you need to stop facilitating the end of black ones.” Seems enough like an ally, right? The issue was that he tagged on The 1975’s video for one of the best songs of the 2010s, “Love It If We Made It”, off 2018’s A Brief Inquiry into Online Relationships.

That song’s opening verse contains the lyrics, “We’re fucking in a car, shooting heroin/ Saying controversial things just for the hell of it/ Selling melanin and then suffocate the black men/ Start with misdemeanors and we’ll make a business out of them.” At the time, the “suffocate the black men” line was referencing the killing of Eric Garner, which occurred in 2014 in a very similar manner as Floyd’s death. Presumably, Healy was trying to make the connection and perhaps show that little had changed in the intervening years since the song was written.

However, Twitter users criticized him for appearing to use the death of a black man to promote his own music. “If u think Matty Healy was right to promote his band when someone has died please block me,” wrote user @danc3littl3liar.

According to Metro, Healy deleted his tweet and sent a follow-up clarifying his intentions. “Sorry I did not link my song in that tweet to make it about me it’s just that the song is literally about this disgusting situation and speaks more eloquently than I can on Twitter,” he wrote. In another tweet, he noted that including the video was “tasteless.”

Unfortunately, he then tweeted out his original message again and, this time in a separate tweet, the video for “Love It If We Made It”. Again the pile on commenced, and Healy’s response was to deactivate his entire account.

This isn’t the first time The 1975 have been pilloried for speaking out — or, as is the case, not. Typically an outspoken political band, the group was deprecated for remaining largely silent during the United Kingdom’s recent elections. The band had encouraged voter registration and participating in the election, but steered clear of expressing more direct opinions. Healy himself had previously said “art is way more important” than coming off “preachy” about political opinions.

So, months after being pilloried for not using his platform, Healy has now been lambasted again for trying to do so indelicately.

By the way, the lyrics that follow that line about suffocating black men? “And we can find out the information/ Access all the applications/ That are hardening positions based on miscommunication/ Oh, fuck your feelings/ Truth is only hearsay/ We’re just left to decay/ Modernity has failed us.”

how are u going to apologize then tweet the exact same thing but separated into 2 tweets?!!! stop promoting your mediocre song and donate and use your platform to share useful resources and info @Truman_Black pic.twitter.com/tBn6CvfBAN

so matty healy deactivates instead of deleting and apologising and sharing donation links? go on, continue to stan him pic.twitter.com/C2TQAnx1MY