The two-year, first-look deal includes a partnership with A24 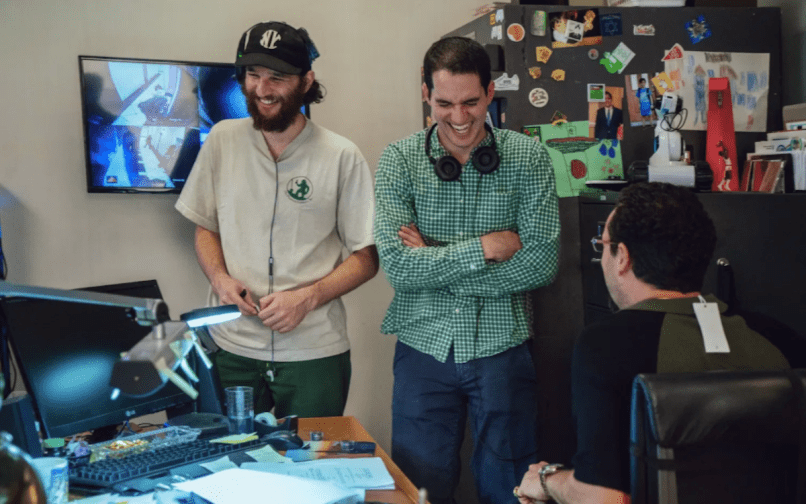 Benny and Josh Safdie on the set of Uncut Gems (A24)

Benny and Josh Safdie, the brothers behind the instant cult favorite Uncut Gems, have signed a two-year, first-look deal with HBO.

As THR reports, they’ll create new projects under their own banner of Elara Pictures. Two longtime Safdie collaborators, producer Sebastian Bear-McClard and writer Ronald Bronstein, are also along for the anxiety-inducing ride. All of their HBO efforts will be executive produced by A24, which had previously worked with the Safdie’s on Uncut Gems and Good Time. A24 has lately developed a robust relationship with Home Box Office, including producing the new hit Euphoria.

Interestingly, THR notes that the deal allows for A24 and Elara to partner up for “select projects outside of the HBO first look.” For now it’s unclear what that means, but it might suggest that more Safdie feature films are coming down the pipeline.

Whatever Benny and Josh come up with, it won’t be their first foray into television. Earlier this year, the Safdie brothers announced a collaboration with Nathan Fielder, The Curse, set to appear on HBO rival Showtime.

In January, they reunited with Adam Sandler for the short film Goldman v Silverman. Uncut Gems is now streaming on Netflix, and if you just can’t get enough, composer Oneohtrix Point Never recently shared the “Depressive Danny” mix for Safdie Brothers radio.