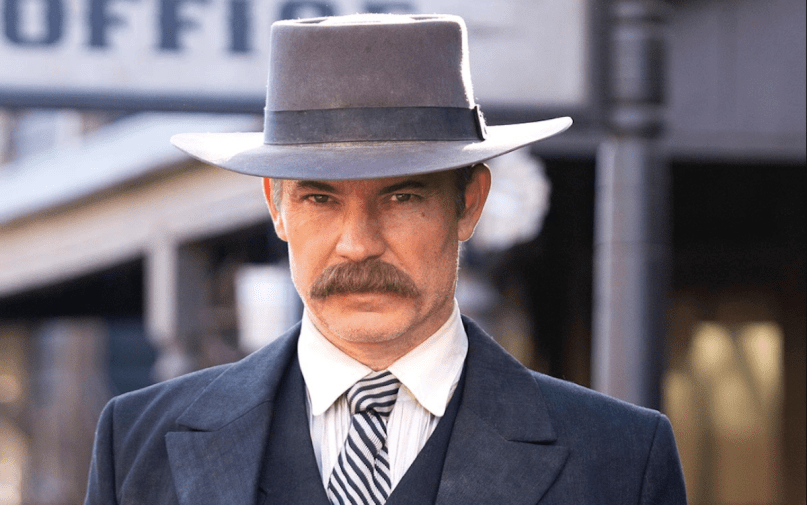 Last week, we learned that Timothy Olyphant had joined the cast of The Mandalorian Season 2. Now, Slash Film is reporting that Olyphant will be wearing Boba Fett’s armor, which, uh, doesn’t make a lot of sense, considering Temuera Morrison is playing Boba Fett. So what gives?

The simple answer is that someone else has donned the bounty hunter’s protective garb. And while that character’s identity hasn’t been confirmed, devoted Star Wars fans will already have someone in mind: Cobb Vanth, former slave, sheriff of the Tatooine city of Freetown, and one of the breakout minor players in Chuck Wendig’s Aftermath trilogy of novels.

There are a few clues pointing in Cobb Vanth’s direction. To start, the Aftermath books take place after the Rebel victory over the Empire, so the timeline matches up. Vanth lives on Tatooine — home of the sarlacc pit and Boba Fett’s presumed demise — and he famously acquired a set of Mandalorian armor from Jawas. The running theory is that somehow the Jawas came into possession of Fett’s iconic green armor, either because the sarlacc spit it out after devouring his body, or he escaped the creature’s maw and sold his gear for a ride or to keep his return a secret.

Finally, there’s a precedent for book characters making the leap to the small scree. Timothy Zahn created one of the most beloved villains in the galaxy in Grand Admiral Thrawn, who originally appeared in a 1991 book Heir to the Empire before entering the post-Disney canon via the animated show Star Wars Rebels.

Whether or not Olyphant is actually playing Cobb Vanth, we’ve likely already been introduced to his character. In The Mandalorian Season 1 episode “The Gunslinger”, a mysterious figure wearing spurs and a cloak is seen on Tatooine approaching the body of the assassin Fennec Shand. Whether this is actually Boba, Cobb, or someone else, fans can now hope for the surreal spectacle of seeing Boba Fett’s armor back in violent conflict.

The star-studded Season 2 is coming into focus, with Rosario Dawson as Ahsoka Tano, and new episodes directed by Robert Rodriguez and Peyton Reed. The Mandalorian returns in October, and Season 3 is already in the works.