Elon Musk is also said to be involved in the project 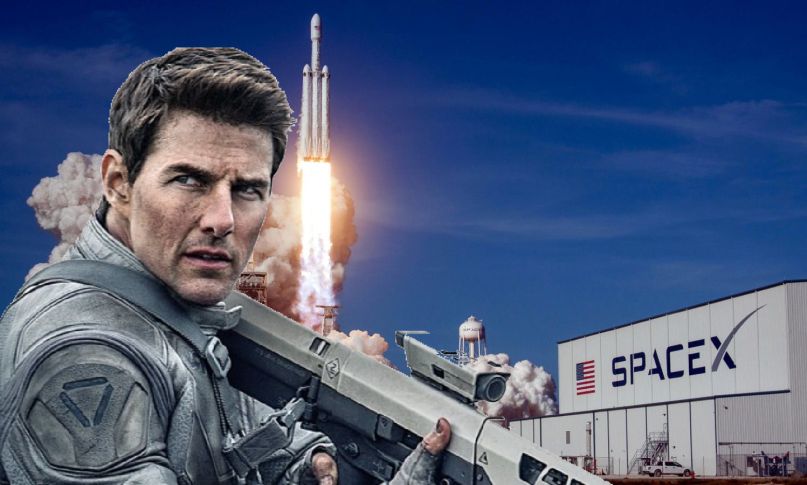 Tom Cruise has scaled skyscrapers, he’s hung from the side of a flying plane, he’s jumped from an even higher plane, and he’s nearly grown gils while free diving underwater. For his next stunt, however, he wants to leave Earth altogether — and he’s found a perfect partner-in-crime to make it happen.

According to Deadline, the blockbuster star is working with Elon Musk, his Space X program, and NASA to shoot the first narrative feature film in space. They report this isn’t for one of the forthcoming Mission: Impossible films, both of which are currently being delayed amidst the pandemic, but for another film altogether.

Update: NASA administrator Jim Bridenstine has confirmed the project, saying, “NASA is excited to work with @TomCruise on a film aboard the @Space_Station! We need popular media to inspire a new generation of engineers and scientists to make @NASA’s ambitious plans a reality.”

Believe it or not, but this would actually be the first film starring Cruise to be set primarily in space. The closest he’s ever come to visiting our outer limits was 2013’s Oblivion, which featured a single off-Earth set piece, and in 2002, when he narrated the short documentary Space Station 3D, perhaps foretelling his future.

Don’t expect to see this in the near future, though. Cruise is totally booked, what with Top Gun: Maverick hitting theaters (hopefully) in December, and production to resume on the aforementioned Mission films. Then there’s Musk, who literally just welcomed a child with Grimes as of publication.

The good news is that space isn’t going anywhere.

NASA is excited to work with @TomCruise on a film aboard the @Space_Station! We need popular media to inspire a new generation of engineers and scientists to make @NASA’s ambitious plans a reality. pic.twitter.com/CaPwfXtfUv

Previous Story
Reno 911! and the Thin Blue Line Between Satire and Cruelty
Next Story
A Lesson on Failing With the Worst Orchestra in the World
Popular
More Stories
[fu-upload-form form_layout="media" title="Submit Your Photo"][input type="hidden" name="ugc" value="1"][/fu-upload-form]