"They are all looking for an easier route to becoming famous" 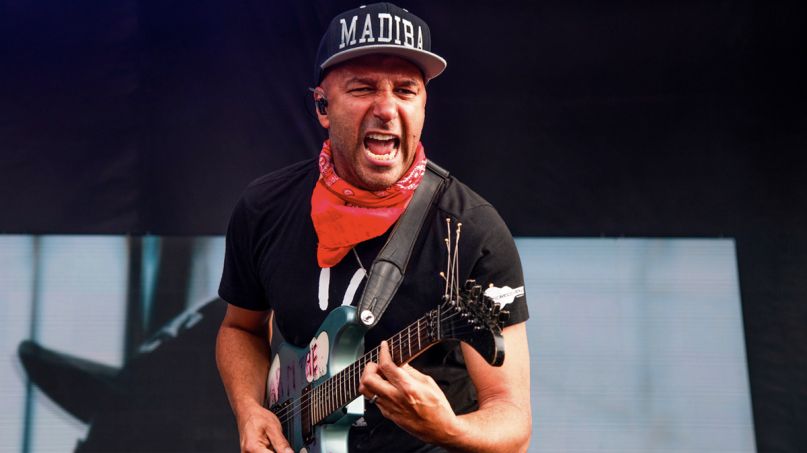 Rage Against the Machine guitarist Tom Morello had some choice words for young musicians trying to cut corners to get famous, especially when it comes to practicing.

In an interview that previously ran in Metal Hammer’s print edition but was just shared online this week, Morello lamented over the current lack of guitars in popular music.

“I’m disgusted by the fact that a lot of young people these days aren’t willing to sit down and practice the electric guitar for eight hours a day,” said Morello. “They are all looking for an easier route to becoming famous. Look at the Top 50 songs on the radio in the U.S. — there are no guitar solos in them.”

While it’s tough love from the ever-opinionated guitarist, he went on to suggest that young musicians likely don’t have a chance of topping the charts with guitar solos and riffs anyway.

“In this current climate, there really is no record industry,” he said. “If a new Metallica or a new Rage Against the Machine came along, there’s not the apparatus to shove it down the world’s throat that there was 20 or 25 years ago.”

Morello once broke down his old practice schedule in an October 2018 Facebook post, stating, “There was a time I would practice 8 hrs a day, every day. 2 hrs just technique & scales, 2 hrs music theory, 2 hrs learning songs & writing songs, and 2 hrs just jamming along with random radio stations and improvising over chord progressions.”

Despite the current state of pop music, Morello feels that online streaming and platforms such as Bandcamp have led to more “democratic” music distribution. People discover music freely and with more discretion, seeking out and consuming a particular type of music or band on demand.

“The distribution of music is much more democratic,” Morello told Metal Hammer. “You, me and the guy walking down the street outside can all make an album on our phones, we can all have a Facebook page to put it out there.”

The old days of MTV are gone (though you can relive them) and the radio format is less ubiquitous. The publisher-to-consumer relationship has changed in the music industry. That said, this requires more self-promotion, social media hustling, and business sense on the part of the artist — things that can cut into anyone’s eight-hour block of guitar time.

If you do heed Morello’s words and break in those finger calluses with some marathon sessions, you can now do so with a replica of his actual guitar. Fender revealed the “Soul Power” Stratocaster, fitted with many of Morello’s signature mods and customizations.

Guitarists stuck at home during the coronavirus pandemic can also take advantage of a new online music lesson initiative and free training programs by Fender itself. Whenever live music returns, perhaps a legion of shredders will emerge.

Rage Against the Machine were set to embark on an extensive North American reunion tour this year, but they have rescheduled the outing for 2021. Get tickets here.