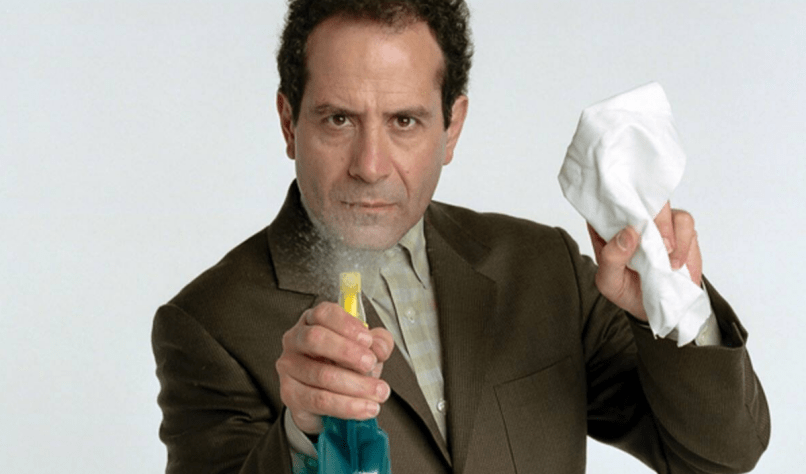 Tony Shalhoub reprised his famed Monk character during the premiere of Peacock’s At-Home Variety Show on Monday. While the return of Adrian Monk was certainly a welcome sight, Shalhoub also used the segment to share some harrowing news: He’s spent the last few weeks in quarantine battling COVID-19.

The revelation came later in the Variety Show episode, following Shalhoub’s brief turn as the obsessive-compulsive Detective Monk, who unsurprisingly has been passing his pandemic time religiously cleaning every inch of his house. Out of character and speaking candidly to the camera, the 66-year-old actor confirmed that he and his wife had tested positive for coronavirus, but were now in recovery.

“I hope you’re all being careful and following the protocol. We really are all Monk now,” said Shalhoub, who was accompanied by his cute dog. “Last month, my wife, Brooke, and I came down with the virus, and it was a pretty rough few weeks. But we realize that so many other people have and had it a lot worse.”

Shalhoub ended his appearance by expressing his gratitude for all the healthcare and essential workers. “Time to go out and show our appreciation to all the heroes,” said the Emmy Award-winning actor. “Let’s go. Stay safe and stay sane.” Watch the full segment below.

Shalhoub is the latest celebrity to have tested positive for the deadly virus. Much like Tom Hanks and Rita Wilson, Idris Elba, Madonna, Sturgill Simpson, and Daniel Dae Kim, he appears to be on the road back to good health. However, many other prominent people haven’t been so lucky; Fountains of Wayne’s Adam Schlesinger recently lost his battle with the novel virus, as did folk legend John Prine.