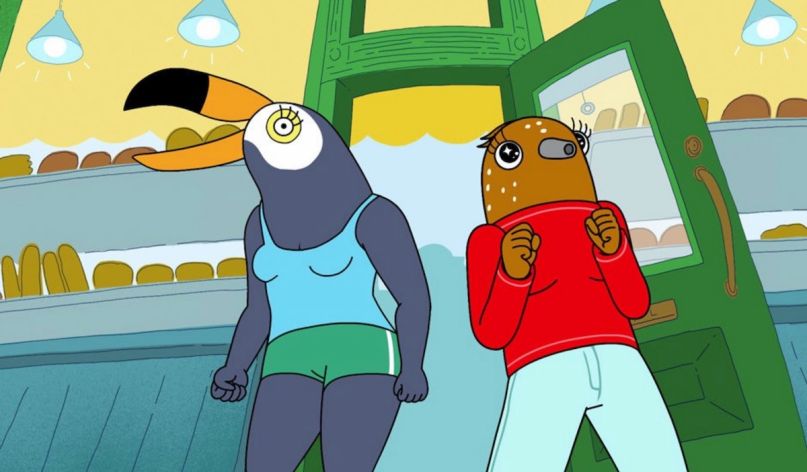 Tuca & Bertie officially have their wings back. Season 2 of the animated anthropomorphic sitcom has been revived by Cartoon Network’s Adult Swim.

Created by Lisa Hanawalt, a producer and illustrator on BoJack Horseman, Tuca & Bertie enjoyed just one season on Netflix before being canceled July 2019. The pulling of the plug came as a shock, as the TV series earned rave reviews right from the get-go.

At the time, Hanawalt blamed the cancellation on Netflix’s reliance on algorithm data. “T&B is critically acclaimed and has repeatedly been called one of the best new shows of the year,” she said. “None of this makes a difference to an algorithm, but it’s important to me and the way I want to continue making art in this world.”

Adult Swim, the proud home of Rick and Morty, is expected to air a full 10-episode season of Tuca & Bertie, with the option to order additional seasons in the future. Returning for the new second season are the show’s main stars Tiffany Haddish (Tuca) and Ali Wong (Bertie), along with Steve Yeun (Bertie’s boyfriend Speckle).

“I’ve been a fan of Adult Swim shows since my teens, so I’m thrilled to bring my beloved fowl to the party and be a new voice for a fresh decade of absurd, irreverent, yet heartwarming adult animation,” Hanawalt said of the renewal news. She will serve as executive producer on the series alongside Haddish, Wong, BoJack creator Raphael Bob-Waksberg, Noel Bright, and Steven A. Cohen.

In our glowing season 1 review, Consequence of Sound’s Clint Worthington wrote that the show successfully “pecked at millennial malaise with infectious energy,” as well likened it to “an animated version of Broad City.”

Revisit a season 1 trailer below.