Clutch and The Picturebooks were set to support the spring run 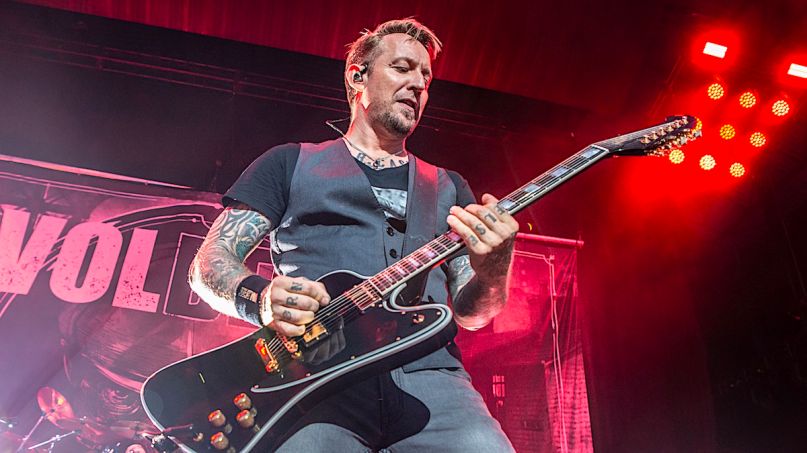 Like most bands, Volbeat were recently forced to postpone their spring US tour due to the COVID-19 pandemic. The Danish rockers originally hoped to reschedule the dates for the fall, but have now decided to outright cancel the outing, which was set to feature support from Clutch and The Picturebooks.

The tour was slated to run from April 4th in Tempe, Arizona, to May 13th in New York City. Upon announcing its postponement back in March, Volbeat informed fans that they were looking to reschedule the tour for September and October. Now, with a growing consensus that concerts won’t return to the States in earnest until 2021, the band revealed today (May 18th) that the tour is officially canceled.

“We hate to be another band starting a post with “due to the current circumstances,” so instead we will say how much we were looking forward to the US headline leg of the ‘Rewind, Replay, Rebound’ tour. Coming to see you in your hometowns with a full-length Volbeat set and getting to play alongside Clutch and The Picturebooks, two amazing bands we are lucky enough to call friends, was going to be a major highlight for the band. We, alongside our team, the local promoters and venues have all been working hard to try to reschedule these shows but as the timing for the safe return of live events is still unclear, we feel it is best to cancel the tour.

Again, we can’t say enough how much we were looking forward to this run, and we will make plans to be back in North America as soon as it is safe for stages to open back up.

Please keep an eye on your inboxes as you will soon be receiving information about ticket refunds from your point of purchase.

In the meantime, please continue to stay safe, take care of yourselves and each other, and we’ll see each other again as soon as we can.”

The jaunt would have been Volbeat’s first proper headlining US run in support of their latest album, Rewind, Replay, Rebound, which was released in August 2019. The band did provide direct support to Slipknot during the “Knotfest Roadshow” tour last summer.

Editor’s Note: If you’re a fan of our content, consider supporting Consequence of Sound by visiting our newly launched web store and picking up one of our custom face masks. A portion of the proceeds will benefit MusiCares’ COVID-19 Artist Relief Fund.