James Blake Covers Joni Mitchell’s “A Case of You” on Corden from Quarantine: Watch

The UK crooner also hints at a new album 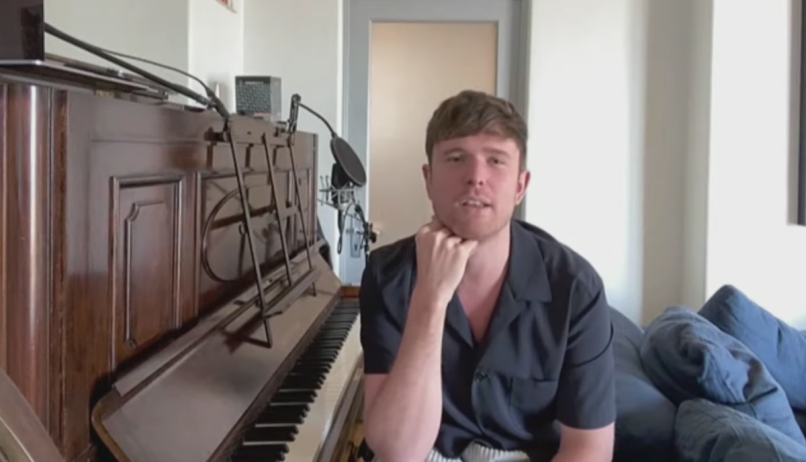 James Blake has been spending his time in quarantine perfecting the art of the cover song. In March, the UK crooner took to Instagram Live to perform countless originals by Radiohead, Billie Eilish, and Frank Ocean. He also tackled the Joni Mitchell track “A Case of You”, which he released on his own Enough Thunder EP from 2011.

For his remote appearance on the Late Late Show with James Corden on Tuesday, Blake again dusted off that Mitchell cover. Cozied up to a piano in his own sunlit living space, the Grammy winner delicately, softly sang his way through the 1971 single.

Elsewhere in last night’s episode, Blake spoke to Corden about his upcoming projects. He said his newest single, “Too Precious”, would likely end up on his next album, though “the rest of the stuff is quite different.” Also, when asked about how he’s been managing the pandemic, he replied with a cracked smile, “I am barely holding it together at the moment.” Same, Blake, same.

Watch both the performance and short interview bit below.

Blake’s last full-length, Assume Form, dropped in early 2019. He recently contributed to Kehlani’s new album, It Was Good Until It Wasn’t.