Take home this Vinyl Me, Please exclusive release to celebrate the new season of The Opus 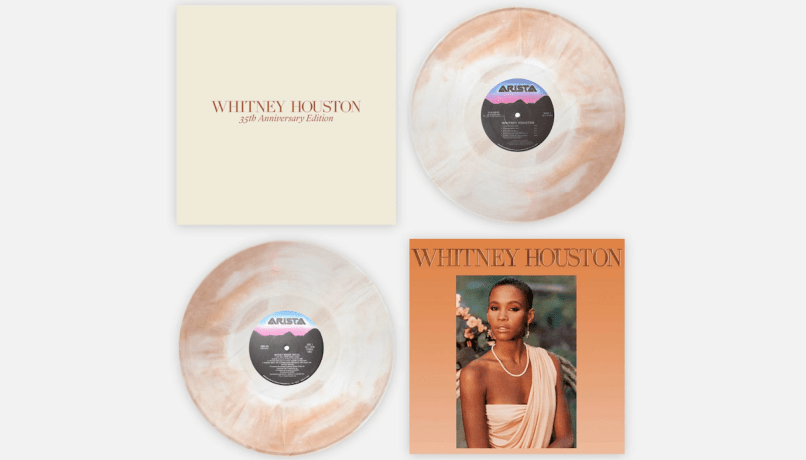 It’s fitting that this is the year Whitney Houston will finally be inducted into the Rock & Roll Hall of Fame. It is, after all, the 35th anniversary of her self-titled debut, and the whole industry seems to be celebrating. A Whitney hologram tour launched back in February, the same month Vinyl Me, Please released a special vinyl reissue of Whitney Houston. Now, Consequence of Sound is getting in waxing nostalgic by making the album the focus of our new season of The Opus podcast.

The Opus: Whitney Houston launches later this month, but rather than saving all our love for the iconic record until then, we’re starting the party early. We’re giving away one (1) copy of Vinyl Me, Please’s 35th anniversary Whitney Houston box set.

Coming in conjunction with Legacy Recordings, the special edition reissue is pressed on 180-gram “peaches and cream” swirled vinyl and comes housed alongside a 40-page hardcover book featuring rare photos, lyrics, and liner notes. What’s more, the package includes the Whitney Dancin’ Special EP, previously only available in Japan. The rare six-track collection features dance versions and remixes of “How Will I Know”, “You Give Good Love”, “Thinking About You”, and more.

To enter for your chance to win the definitive edition of Whitney Houston, simply fill out the widget below. Note: If you do not see the widget, click here to enter.

Also make sure to subscribe to The Opus so you won’t miss an episode as host Andy Bothwell, aka Astronautalis, explores the legacy of the landmark LP. You can also stream Whitney Houston via all major streaming services.