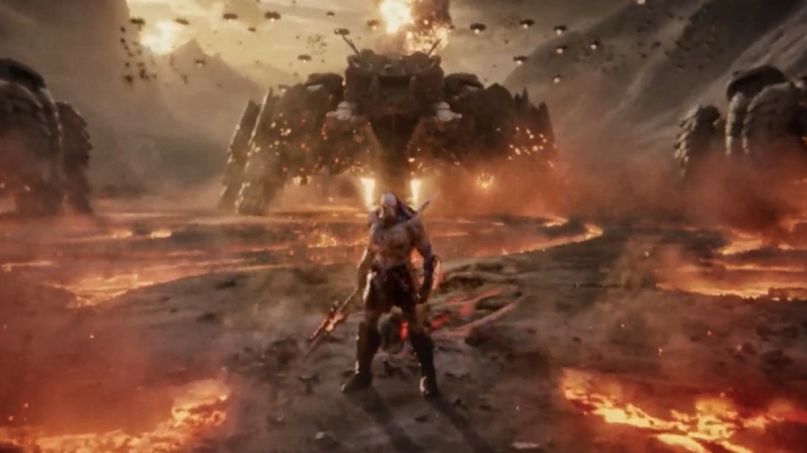 Today marks the launch of HBO Max, but one of the new streaming service’s most anticipated pieces of content won’t arrive for another year. As a reminder that Zack Snyder’s yet-unfinished director’s cut of Justice League will indeed be completed and debut on the platform in 2021, the filmmaker has revealed a tantalizing first look at the movie’s secondary antagonist, Darkseid.

For the ungeeky, Darkseid is essentially the DC Extended Universe’s answer to Thanos (or, uh, other way around, since Darkseid was created first). He’s the Big Bad behind the scenes, laying the groundwork for a master plan to eliminate freewill across the universe. In the context of Justice League, he’s the uncle and master of Steppenwolf, the primary villain played by Ciarán Hinds in the film’s theatrical version.

Rumors have long persisted that Snyder intended to include Darkseid in his vision of JL. However, when he stepped away from the project to cope with family tragedy and was replaced by Joss Whedon, any footage he shot of the character was scrapped. Shortly after the Justice League Director’s Cut was announced, though, actor Ray Porter outed himself as the man who played Darkseid.

“…Because I’ve been given permission… Hi, I’m Ray. I played Darkseid in Zack Snyder’s ‘Justice League’,” tweeted the actor, known for small roles in Argo and Justified. “There. It’s out now.”

Snyder’s reveal of the character could well be considered a tease, as it’s a wide shot of Darkseid standing in front of landing Parademon ships. You don’t really get a clear view of what he looks like, but fans will recognize him all the same. Check it out below.

We’ll hopefully see more of the iconic baddie once Warner Bros. gets underway with its reported $20-$30 million in post production work to finish Snyder’s cut. That said, it’s been reported that WB won’t be allowing Snyder to do any reshoots for the new cut, meaning the actors won’t be assembled to fill out missing scenes in the story. Still, Darkseid is a largely CGI character, so Snyder could still digitally add new scenes and have Porter drop in some ADR to flesh out the story. We’ll see how it all comes together in 2021.