WB answers calls to #ReleaseTheSnyderCut, shelling out $20 million to finish the project 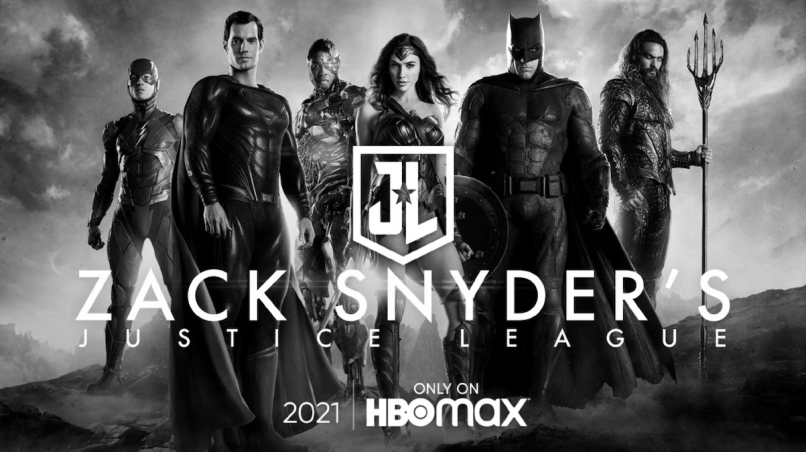 Calls from rabid fans and the film’s stars alike have been heard: Warner Bros. will #ReleaseTheSnyderCut of Justice League on HBO Max next year.

The director’s cut has been rumored ever since the original film nearly tanked the entire DC Extended Universe back in 2017. Zack Snyder and his producer wife, Deborah, had left the project following the suicide of their 20-year-old daughter, Autumn. Joss Whedon, who’d led the Marvel Cinematic Universe’s massively successful superhero team-up adventure The Avengers was brought on to finish Justice League. In addition to handling all the post production work, Whedon shot numerous new scenes, many of which are some of the movie’s most lambasted.

“You probably saw one-fourth of what I did,” Snyder told The Hollywood Reporter, adding that he still hasn’t seen the theatrical version and can only go on what people have told him.

Now, however, WB has budgeted a reported $20 to $30 million (!) to finish and release Snyder’s original version of the film. Whether it appears as a complete four-hour feature or broken into six “chapters” is yet to be decided, but the Snyders are excited to “explore these characters in ways that you’re not able to in a shorter theatrical version.” What’s more, aspects that were entirely excised from Whedon’s cut will return — including the DC Extended Universe’s Thanos-level antagonist, Darkseid.

What seemed like a pipe dream became a reality in the fall of last year. On the second anniversary of Justice League, #ReleaseTheSnyderCut became the most-tweeted hashtag ever for a WB movie, with even Ben Affleck (Batman) and Gal Gadot (Wonder Woman) sharing it. And yet it was for a movie that didn’t even exist: post-production and special effect work wasn’t even finished on the majority of Snyder’s footage, and so the film is, even at this very moment, incomplete. A source described what exists of the SnyderCut to THR as “a car with no panels, just a drivetrain and some seats.”

“When we left the movie, I just took the drive of the cut on it,” revealed Snyder. “I honestly never thought it would be anything.”

The day after #ReleaseTheSnyderCut went viral, though, the Snyders received a call from WB chairman Toby Emmerich. “This is real. People out there want it. Would you guys ever consider doing something?” he asked the Snyders. Though the married duo never actually dreamed of putting it all together, Deborah Snyder noted that the newly developed HBO Max gave them “an opportunity that wasn’t there two years ago, to be honest.”

So they cut together an unfinished black-and-white version and screened it for studio execs at their own home in Pasadena in early February. The response was incredibly positive, but the emergence of the global pandemic almost stopped the project before it really got started.

“People thought, ‘It won’t be possible to ramp up, and that maybe this should go on the back burner,'” recalled Deborah. “But we said, ‘No, this is the right time’ because our visual effects houses that rely on so much are running out of work, so now is the time to be doing this.”

At this very moment, the Snyders are working on rallying the original Justice League crew to work on completing the score, visual effects, and final cut. (Whether this means the return of original composer Junkie XL, who was replaced by Danny Elfman when Whedon took over, is unknown.)  They’ve even reached out to the cast, altering them that they may be called upon to record additional dialogue. Zack apparently contacted Ray Fisher, who played Cyborg, first. “He was like, ‘You’re kidding me, right?'” Snyder recalled.

The timeline for completing the SnyderCut is vague, but the goal is to debut the Justice League director’s cut on HBO Max in 2021.

He added that the decision to move forward with the project is a testament to Warner Bros. “This return to that pedigree [of being the ‘filmmaker’s studio’] and to let my singular vision of my movie be realized, in this format, in this length, is unprecedented and a brave move.”

“Thanks to the efforts of a lot people, we’re excited to bring fans this highly anticipated version of Justice League,” Emmerich said in a press release. “This feels like the right time to share Zack’s story, and HBO Max is the perfect platform for it. We’re glad the creative planets aligned, allowing us to #ReleaseTheSnyderCut.”