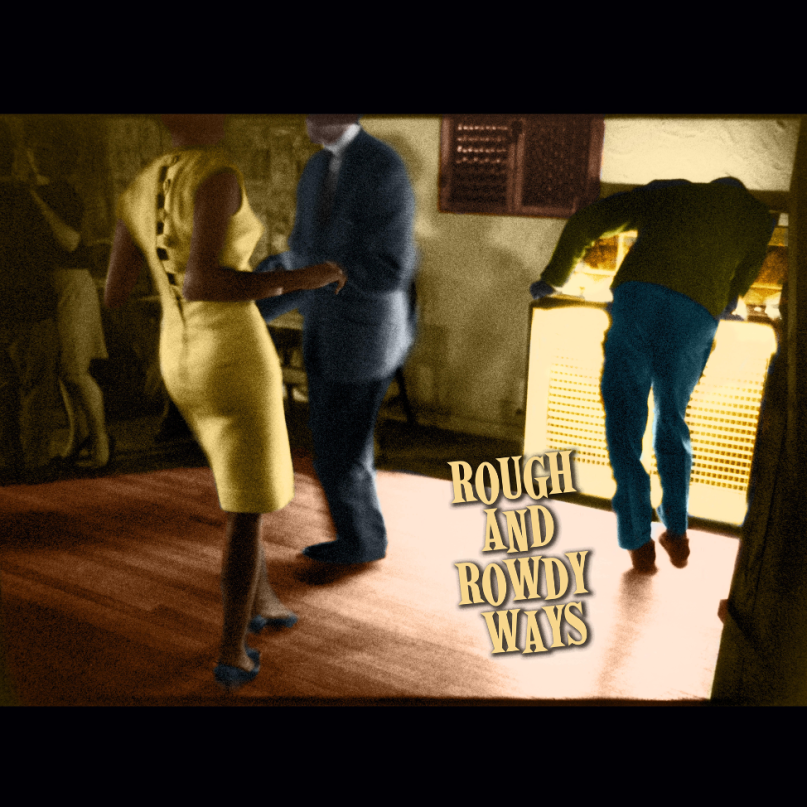 The Lowdown: “I’m a man of contradictions/ I’m a man of many moods,” Bob Dylan muses on the single “I Contain Multitudes”. Yeah, no kidding. It may be the understatement of all time from the artist who just spent the last half-decade filling Sinatra’s shoes. If there’s one thing you can say for Dylan, he’s a moving target and near impossible to pin down. His nearly 60-year career can be viewed as a series of phases — perhaps prolonged mood swings — that more than prove that, like Whitman before him, Dylan can’t be reduced to any one thing.

A lot has happened since Dylan last put out an album of new material in 2012. As mentioned, the one-time folksinger tapped into his inner olive-oil crooner for a three-album residency that found him embodying the sad, tormented souls in Sinatra’s repertoire and other standards the same way he used to convincingly step into the boots of characters found in old Folkways recordings. In 2016, the Nobel Prize committee formally acknowledged what the rest of us already knew — that Dylan was as much a poet as anyone — by awarding him the Nobel Prize in Literature for his contributions to the American songbook. Now, four years later, with an Oscar on his amp and a Nobel medal (not to mention a Medal of Freedom) dangling from his neck, Dylan returns with an album of songs that, for better and worse, contains as many multitudes as he does.

The Good: Nobody can argue that Dylan’s lyrical powers have diminished or that he’s lost his swagger. He builds upon his own myth in the cataloging “I Contain Multitudes”, strutting through a world of literary allusions while “carrying four pistols and two large knives” and matter-of-factly likening himself to Anne Frank, Indiana Jones, and The Rolling Stones in a single couplet. On “False Prophet”, he croaks out his credentials over growling blues guitar and threatens to levy justice, vengeance, and the other on the head of anyone who crosses his path. Dylan’s sandpaper voice, which has let him down on occasion, sounds better here than it did a decade ago. He barks atop the roaring “Goodbye Jimmy Reed”, stabs his syllables with precision on the swaying “My Own Version of You”, and still manages to conjure a warm gentleness between ragged belts on the moonlit “I’ve Made Up My Mind to Give Myself to You”.

Dylan’s at his best here when a bit more rambunctious. “Goodbye Jimmy Reed” recalls Dylan’s filthiest blues romps, cracking bawdy jokes like “Transparent woman in a transparent dress/ Suits you well, I must confess,” as he toasts late bluesman Jimmy Reed. The swampy, darkly comical “My Own Version of You” finds Dylan in the role of mad scientist, scouring morgues and monasteries for the necessary parts (“limbs and livers and brains and hearts”) to bring his creature to life. “One strike of lightning is all that I’ll need/ In a blast of electricity that runs at top speed,” Dylan consults his lab notes. “Show me your ribs/ I’ll stick in the knife/ Gonna jump-start my creation to life.” It’s good fun and recalls the production of Oh Mercy with the devilish humor of “Love and Theft”.

The Bad: It’s worth taking a spin back through Dylan’s last two decades of output, even through some of the lower points of a fairly forgettable effort like Together Through Life, before settling in with Rough and Rowdy Ways. One thing that’ll jump out is how much fun those albums are to listen to despite some rather bleak material at times. They’re often impishly playful and humorous, but, more importantly, try to listen to those records and not bob your head, tap your toe, or shake your hips. There’s nothing to be found on Rough and Rowdy, other than “Goodbye Jimmy Reed”, that approaches that musical swagger, where Dylan rambles and rattles off lines like a gunslinger shooting from the hip or entrances us into waltzing along with him through sometimes endless couplets. Overlong songs like the crawling “Crossing the Rubicon” (which feels like a tamed “Cold Irons Bound”) and the admittedly beautifully arranged “Key West (Philosopher Pirate)” lose steam barely halfway through their lengthy durations, and while fascinating and ambitious in its own right, the nearly 17-minute “Murder Most Foul”, unlike other sprawling closers throughout Dylan’s career, feels tacked on and adds little to the proceedings as a cohesive collection.

The Verdict: Dylan can still make a Bob Dylan album. There’s enough evidence of that on Rough and Rowdy Ways. The question becomes if this man of multitudes has the mind to, or is in the mood to, make another Modern Times or “Love and Theft” while his powers persist. Dylan could use some editing here, for sure, but it’d be even better to let his band off their leashes and, like in the old juke joint featured on the album’s cover, close the windows and let it get hot in there.

Pre-order the album here or pick it up here.