He plays the role of "a member of the future council" 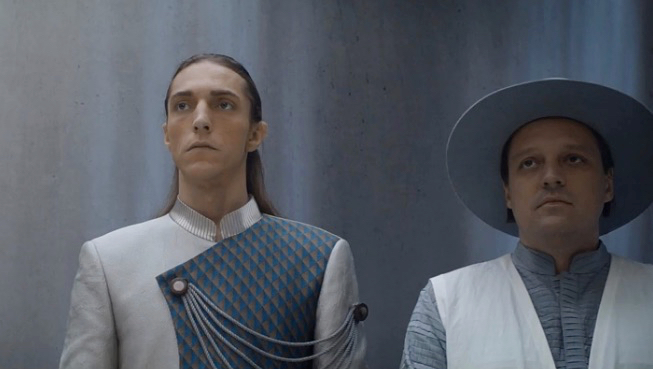 Today is Bill and Ted Day (June 9th, aka “69 dudes!”) and the iconic comedy duo celebrated by releasing the official trailer for Bill & Ted Face the Music. While watching the clip, a few music fans noticed that one character bears a striking resemblance to Win Butler. As it turns out, they were right: the Arcade Fire frontman plays a role in the Bill and Ted universe.

Butler broke the news on his personal Instagram today, writing, “Proud and humbled to be a member of the future council, formed on day 1 after the defeated of former president ‘Basement Boy’ in November of 2020.” He then pointed to a character wearing a wide-brimmed hat (not dissimilar to the one Butler wore on tour a few years ago) who stands beside other stiff-lipped artists. See for yourself in the video snippet below.

After confirming the news, Butler used the remaining space in the Instagram story to share his political beliefs and comment on the current George Floyd protests against police brutality. “Also, and this is a spoiler… It turns out in the future that spending money on education, universal healthcare, and universal daycare is better than prisons and policing,” it reads. “There is an alternate universe where none of this happened and America re-elected ‘basement boy’ again… But that is more of a dystopia.”

This won’t be the last we hear from the freshly minted Canadian citizen. He teased a new song back in April and, since then, has confirmed a new Arcade Fire album is on the way. The band was already “a few months into recording new material” before the coronavirus outbreak began, and it sounds like he’s been using his quarantine time since then to fine-tune lyrics, too. Who knows? Maybe we will get the follow-up to Everything Now before the end of this year.