The latest in a string of comeback singles 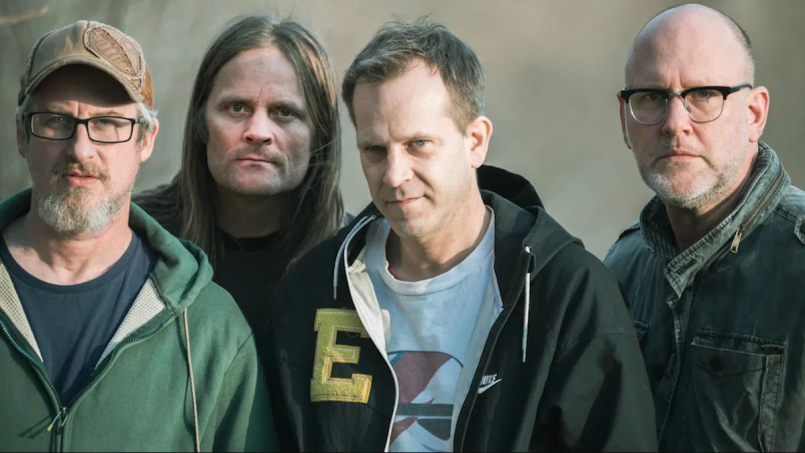 Archers of Loaf are continuing their comeback, as they’v released another new song called “Talking Over Talk”. What’s more, next Wednesday, June 10th, they’ll host an online viewing of the 2012 concert film What Did You Expect?.

“Talking Over Talk” is built around two chatty guitars. As the rhythm section serves up steady, chopping chords, the lead guitar alternates between riffing over top and commenting on the lyrics. A line like “Money and time rob you blind, break your soul,” is met with discordant notes and a healthy dose of the whammy bar, while the words “You stay the same,” are followed by a disapproving, descending triplet. It’s a fun interpretation of the lyrical themes. Between Eric Bachman’s vocals and the overlapping instrumentation, it’s as if three complementary conversations are taking place at once. Scroll onwards to stream it now.

Via Stereogum, Archers of Loaf will release “Talking Over Talk” as a single on June 10th through Merge Records. Interestingly, the single artwork mentions a second song, “Cruel Reminder”. While it might be a new original, there’s reason to think it’s a cover. Archers’ previous single from this spring also included two cuts: the new song “Raleigh Days” and a cover of The Rolling Stones’ “Street Fighting Man”. As Stereogum notes, if that pattern holds, then “Cruel Reminder” could very well be a new take on the classic song by Elliot Smith’s former group Heatmiser. We’ll find out soon enough.

Archers of Loaf have even more planned for June 10th. The ’90s rock favorites will also stream What Did You Expect?, the 2012 concert film documenting their first reunion tour. Afterwards, they’ll participate in a live Q&A. Once the link goes live, you can watch it below.