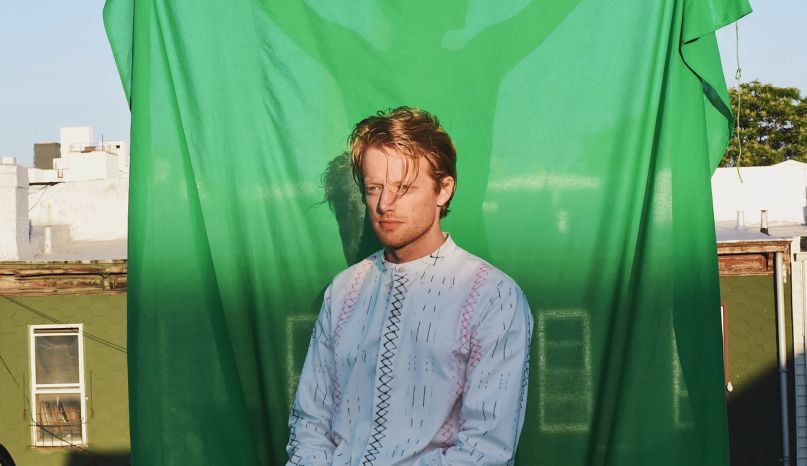 Astronautalis - "The Way I Am"

Rejoice! Astronautalis has returned with his first new solo single in four years, and his first new track since his 2018 collaboration with POS in Four Fists. It’s called “The Way I Am” and the Florida-Minneapolis bard has paired the melancholy jam with a hilarious new music video featuring a deepfake of Tiger King.

Produced and mixed by Subp Yao, “The Way I Am” finds Astronautalis doing a little soul searching over balmy beats that sound like the aural equivalent of a meditative stroll. “I’m drunk on whiskey maybe,” he sings, “Passed in the back of the van/ You seen it all now, ain’t i crazy?/ Can you still love me the way i am?”

“I was kind of a mess of a man when I met the woman who would later become my wife,” Astronautalis says of the song. “Thankfully, she saw through all my bullshit, and kept on loving me, while I got my shit together, and cleaned up my mess.  So, I wrote this messy little love song for her.”

What’s wild is how Astronautalis’ words of reflection pair well with Tiger King‘s visuals. While no one can match the embellished theatrics of Joe Exotic, there’s a palpable sense of despair in director Adam J. Dunn’s deep fake video with a jarring feeling of uncanny valley that recalls Radiohead’s spooky video for “Knives Out”.

Astronautalis credits the idea to Dunn, who has worked on VFX for a number of Marvel movies, including Spiderman: Into the Spider-Verse and Ant-Man. “Adam said if we had a month more to let the computer learn more, we could have made it flawless,” he says, “but I like it with one foot in the uncanny valley, and one … definitely outside the valley, too.”

Watch the video for “The Way I Am” below.

Rest assured, there’s plenty more music coming from Astronautalis. “The Way I Am” is only the first single off his highly anticipated sixth studio album and follow-up to 2016’s Cut the Body Loose. The LP was originally intended to drop this Fall, but has since been delayed to 2021. A Spring tour will follow.

When he’s not hitting the mic for music, Astronautalis, aka Andy Bothwell, is hosting The Opus for Consequence of Sound and Sony Legacy. Subscribe to the series now for complete dives into iconic works by The Clash (London Calling), Miles Davis (Bitches Brew), and, as you’ll see below, the self-titled debut of Whitney Houston.