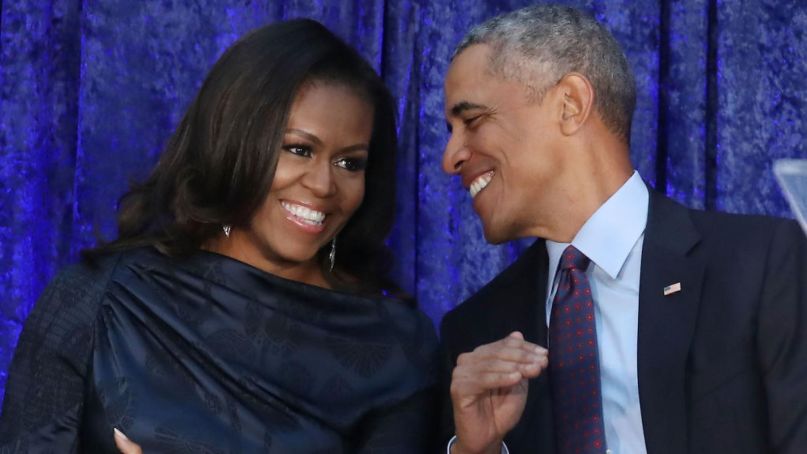 The Obamas, photo via Getty

Joining the Obamas for “Dear Class of 2020” are Beyoncé, Taylor Swift, BTS, Billie Eilish, Lizzo, Missy Elliott, Justin Timberlake, the cast of Schitt’s Creek, and more. You can find all the details — including when and where to watch, who is performing, and much more — below.

“Graduation is a tradition that students and families look forward to and with the current state of the world, YouTube is lending some inspiration in the form of a virtual commencement,” said Susanne Daniels, Global Head of Original Content for YouTube. “We hope bringing together noteworthy, influential speakers along with performances from some of their favorite artists will provide encouragement for the students who have worked so hard to get here.”

President Obama’s keynote address will be featured in the fourth hour of the special (7-8 p.m. ET), followed by Katy Perry leading graduates in the ceremonial tassel-turn at the end of the celebration.

“Dear Class of 2020” will be livestreamed on YouTube (see the embed below), as well as on YouTube’s Learn@Home site, available across mobile devices, desktops, and connected TVs.

Additionally, viewers can use the Google Meet to invite friends and family to a virtual watch party. Instructions on how to set up a Google Meet watch party are available here.

Who are the Commencement Speakers?

Who Are the Musical Performers?

BTS, Lizzo, Katy Perry, Megan Thee Stallion, Khalid, and Malmua are also expected to perform during the livestream. Plus, Camila Cabello, Tove Lo, Coldplay’s Chris Martin, Leon Bridges, and Noah Cyrus will team up for a collaborative cover of U2’s “Beautiful Day” produced by Finnead. There will also be a performance of “Still I Rise” featuring Janelle Monaé, Kelly Rowland, Yara Shahidi, and Tracee Ellis Ross.

Who Else Will Be Making Guest Appearances?