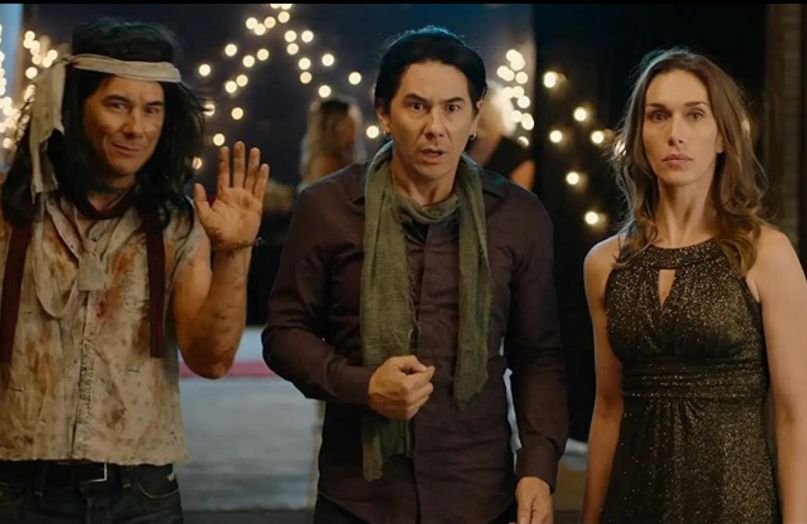 Hollywood is a wasteland. It’s a dog-eat-dog world. It’s a feeding ground. That’s more or less the conceit of Beast Mode, the forthcoming horror comedy from directors Chris W. Freeman and Spain Willingham. Today, after much hype and anticipation, the production has unleashed its first trailer — and it’s a wild ride.

Written by Freeman, Willingham, and Consequence of Sound contributor Drew Fortune, this chummy romp follows a has-been Hollywood producer who turns to an ancient herbal elixir to save his career after he accidentally kills his lead star. His pact unleashes a band of bloodthirsty shape-shifting beasts on LA.

Okay, so it sounds a little ridiculous, but that’s the point. In on the joke is a star-studded cast that includes ’80s hunk C. Thomas Howell, James Hong, Ray Wise, Leslie Easterbrook, Robert Costanzo, and James Duval in a dual role.

Watch the trailer below. As for a release date, the film will be presented to potential distributors during the online Marché du Film later this month. So, who knows, perhaps you’ll see it on Shudder in the future or something.