Taken from our June Artist of the Month's new album, The Greatest Part 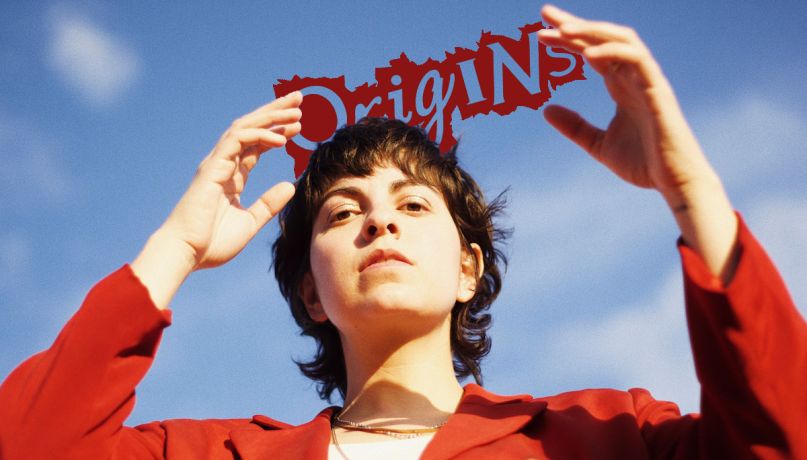 With our new music feature Origins, artists get the chance to offer fans insight into what brought about their latest track. Today, our June Artist of the Month Becca Mancari tells us how she found her “Lonely Boy”.

Later this month, Becca Mancari will return with her new album, The Greatest Part. The follow-up to 2017’s Good Woman and the Nashville musician’s first release on Captured Tracks, the LP arrives on June 26th. Already we’ve heard the effort’s “Hunter” and “First Time”, and today Mancari is sharing another teaser track in “Lonely Boy”.

On those first two singles, Mancari touched on her experience growing up as a queer woman in the Christian South. “Lonely Boy” focuses on perhaps a simpler topic: her dog, Abe. Even so, as palm muted notes dance amidst a dreamy cacophony of synth and strings, Mancari finds profundity in how her pup reflects her own emotions. “Hey man, why you so sad?” she asks in the opening verse. “Every time, oh how we try/ Always a loner, always a fight.”

It’s a plucky bit of contemplation that Mancari calls “the most fantastical” song on The Greatest Part, and it comes equipped with a similarly fantastic video. Watch the Anna Firth-animated clip below, followed by the Origins of “Lonely Boy”.

Produced by Paramore’s Zac Farro, The Greatest Part is available for pre-order and pre-save now. Mancari is scheduled to tour behind the LP alongside her Bermuda Triangle bandmate Brittany Howard this fall, and you can get tickets here.

“Lonely Boy” was actually one of the last tracks that Zac and I made for this record. It originally was just an instrumental track that I could not seem to find words for, but we loved it so much that we felt like we had to come back to it. There is a demo version of the song that is just me speaking stories about my dog over the instrumental riff. Stories of us pleading for him let us in and love him. It’s actually really playful and maybe we’ll decide to release it someday.

I guess one of the things that inspired me was this reoccurring vision of my dog, Abe, who has severe anxiety from growing up on the streets. I had this vision of him almost flying through space, almost like dissociating himself to protect himself from all of the emotions of fear and separation.

Maybe this sounds like a bit of a leap, but I could almost see myself in him… you know what I mean? Like how people say our dogs pick up traits from their owners. I know that I struggle with feelings of loneliness and displacement, and yet in this track while I am talking to my dog I think I am really talking to myself.

The Science of Sleep:

Another thing that inspired me was the film The Science of Sleep where the main character Stephane, played by Gael Garcia Bernal, has such vivid dreams that he has a hard time distinguishing his dreams from reality. It’s a really beautiful film and I love the animation, and that’s one of the reasons why I wanted to make this animated video for the song.