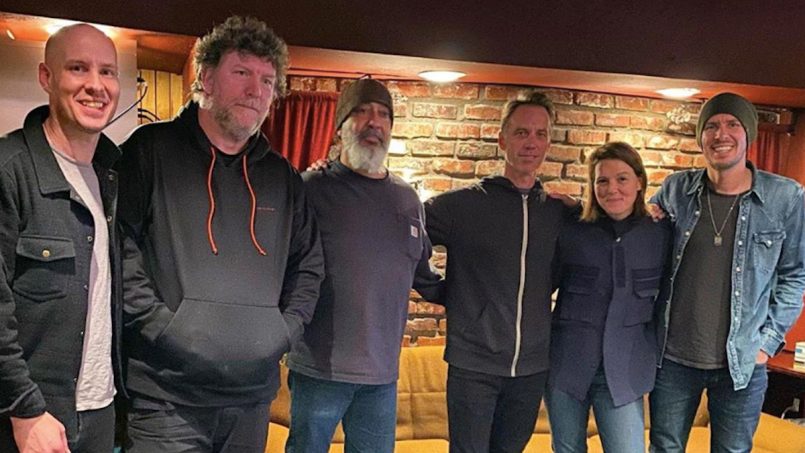 This tribute to Soundgarden will be released as a 12-inch on September 26th, which is the second of three separate Record Store Drops this year. In addition to Thayil, Shepherd, and Cameron, Brandi Carlile worked with her frequent collaborators, twins Phil and Tim Hanseroth. The songs were recorded at Seattle’s London Bridge Studio, a legendary place that hosted both Soundgarden and Brandi Carlile early in their careers.

As 2020’s official Record Store Ambassador, Carlile has kept up a steady stream of social media posts about the event and her own contribution. Apparently, she first met the twins at London Bridge, at a time when “Soundgarden were just gods to us.” She wrote,

“The twins and I met in the late 90’s in a famous Seattle studio called London Bridge… Soundgarden were just gods to us back then. Total pioneers and unreachable to us in every way. We went about making our demos and cleaning the studio when we couldn’t afford the bill never knowing that in November of 2019 we would go back to London Bridge and RECORD TWO SONGS WITH THEM!! [Chris Cornell] was as great as a human singer can get and now he’s an angel. Thank you Kim, Ben, and Matt. I’ll never forget this day for as long as I live.”

Carlile posted a number of pictures from the studio, as well as a video of Kim Thayil absolutely shredding through a guitar solo. Check that out below, and take a look at the complete breakdown of Record Store Day releases at the RSD website.

Last weekend, Brandi Carlile performed as part of the Banding Together Benefit Livestream. And on June 10th, she’ll join Pearl Jam and many more artists for All in WA: A Concert for COVID-19 Relief. In 2019, she teamed up with Maren Morris, Amanda Shires, and Natalie Hemby to make the astonishing album The Highwomen.

As for the remaining members of Soundgarden, they’ve been locked in a vicious royalties battle with Chris Cornell’s widow, Vicky. The band recently countersued her, claiming she used charity show proceeds for “personal purposes.”