Terry Crews: "We have to start over. Right now we don't know which direction it’s going to go in" 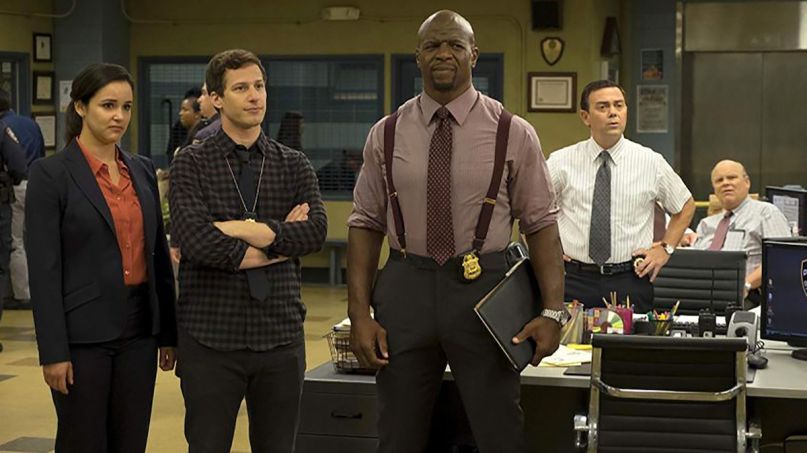 The impact of George Floyd’s murder and subsequent resurgence of the Black Lives Matter movement is sending shockwaves of change around the world. That includes on television, where police shows are a major part of programming. While reality series like Cops and Live PD have been axed outright, scripted shows are trying to figure out the way forward. That’s true even for comedies like Brooklyn Nine-Nine, which has reportedly scrapped the first four episodes of Season 8.

Speaking with Access, star Terry Crews revealed that the creative team behind Brooklyn Nine-Nine is restarting work on the upcoming season from scratch. “Our showrunner Dan Goor, they had four episodes all ready to go and they just threw them in the trash,” said Crews. “We have to start over. Right now we don’t know which direction it’s going to go in.”

Describing the current rise in awareness as “Black America’s Me Too movement,” Crews said the change of plans actually presents an opportunity. “[The cast and crew] have had a lot of somber talks about it and deep conversations and we hope through this we’re going to make something that will be truly groundbreaking this year,” he said. “We have an opportunity and we plan to use it in the best way possible.”

In fact, he sees this as a moment for everyone to push towards something better: “This is an opportunity right now for us all to unite and get together and understand what this is and that we have to battle this together.”

Watch video of Crews’ Access interview below. Earlier this month, Goor tweeted out a message supporting the Black Lives Matter movement and announcing the Brooklyn Nine-Nine team had made a $100,000 donation to The National Bail Fund Network. Stephanie Beatriz, who plays Detective Rosa Diaz on the show, even shared her receipts.

I’m an actor who plays a detective on tv.

If you currently play a cop?

If you make tens or hundreds of thousands of dollars a year in residuals from playing a cop?

I’ll let you do the math. (Thanks @GriffLightning for leading the way). pic.twitter.com/Xxf3dU0urF