Cannibal Corpse Are in the Studio Recording a New Album 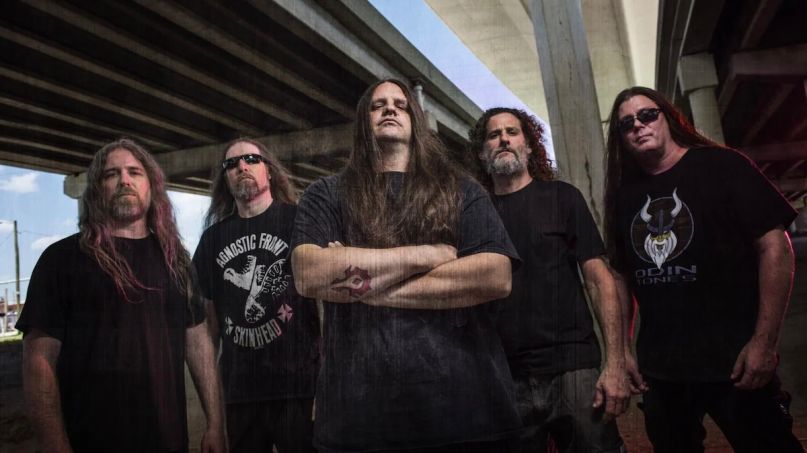 Cannibal Corpse are in the studio working on a new album. The forthcoming effort will be the death metal veterans’ 15th studio LP, and the follow-up to 2017’s Red Before Black.

Back in January, Cannibal Corpse let fans know they would be devoting 2020 to a new album, writing, “Thanks for all your support of Red Before Black and all our touring in support of the record. Time to enter the crypts and begin work on the next record. Keep supporting death metal in the new decade!”

Notably absent from the hashtags is guitarist Pat O’Brien, who was involved in a bizarre incident in late 2018. The musician allegedly entered a stranger’s house and shoved the resident, and then subsequently charged at responding police officers with a knife. All this happened while his own nearby home was on fire. It was then reported that O’Brien kept more than 80 firearms, a couple of flamethrowers, and three skulls in the house.

O’Brien took leave from the band and faces up to 30 years in prison. However, there’s been no updates on his case since he was released from jail on $50,000 bond shortly after being detained. Last year, Corpsegrinder said the band was 100-percent behind O’Brien and would welcome him back if he gets past his legal troubles.

Hate Eternal frontman Erik Rutan, who produced Red Before Black and other Cannibal Corpse albums, took over on guitar for O’Brien at subsequent live shows, and is listed among Corpsegrinder’s hashtags. The @manarecording hashtag refers to Mana Recording Studios in St. Petersburg, Florida, where the band also recorded Red Before Black with Rutan.

In addition to working on new Cannibal Corpse music, Corpsegrinder recently lent his vocals to the track “Parpaing” by French experimental act Igorrr.

A post shared by George CorpseGrinder (@georgecorpsegrinder) on May 30, 2020 at 4:40pm PDT