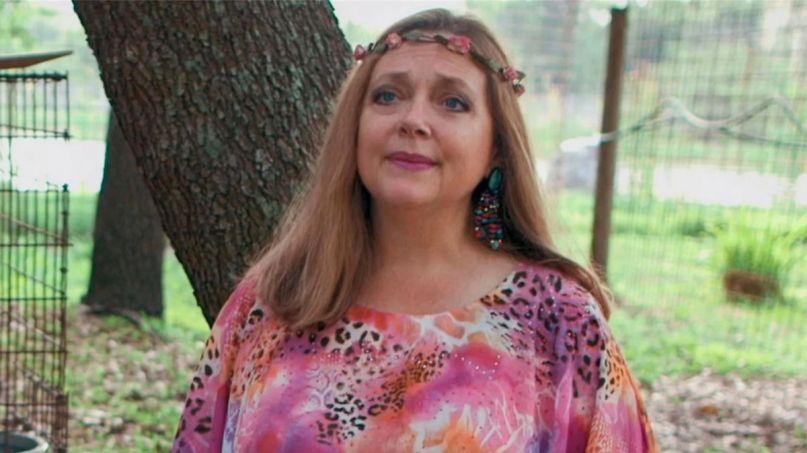 Say hello to the new owner of Tiger King Zoo: Carole Baskin. According to Fox 25, a judge has ordered Jeff Lowe — the current owner of the Greater Wynnewood Exotic Animal Park following the imprisonment of Joe Exotic, the primary star of Netflix’s docuseries Tiger King — to vacate the premises within 120 days so that the Big Cat Rescue founder can take his place. In other words, Baskin has finally won her decade-plus-long feud with Exotic after all.

The infamous Oklahoma zoo was originally opened by Joseph Maldonado-Passage, best known as Joe Exotic, back in 1999. In 2016, Baskin filed a suit against Maldonado-Passage claiming he’d fraudulently transferred the property to his mother in a move “to evade creditors” and avoid paying Baskin a $1 million settlement she’d won in a 2011 trademark lawsuit. A judge ruled the property transfer was indeed illegal, and that means Lowe, who took over the park after Exotic went to prison, is legally not allowed to run the park. To resolve the debt, the judge has handed the deed to the park to Baskin, the very woman Exotic was found guilty of plotting to murder.

Lowe is required to remove all of his belongings, including any of his animals residing there, from the property before it’s passed on to Baskin. It’s likely that Baskin will change the layout of Tiger King Zoo to allow more space for her own big cats and tigers.

In a statement (via CNN), Lowe’s attorney Walter Mosley said the outcome was expected. “We anticipated Carol Baskin getting the title to the former park that once belonged to Joe Exotic, and we did not challenge her attempts to do so,” he said. “All of Jeff’s focus is on opening the new Tiger King Park in Thackerville, (Oklahoma), which should be opening in the next 120 days.”

Just because their rivalry has temporarily concluded doesn’t mean the world of Tiger King will quiet down anytime soon. An eight-episode scripted TV series starring Nicolas Cage as Joe Exotic is already underway.

Meanwhile, the real Exotic is working on getting a pardon from Donald Trump himself. As for the park, even that is thriving, as it recently reopened its doors to massive crowds who wanted a peek at the now-recognizable crew members.