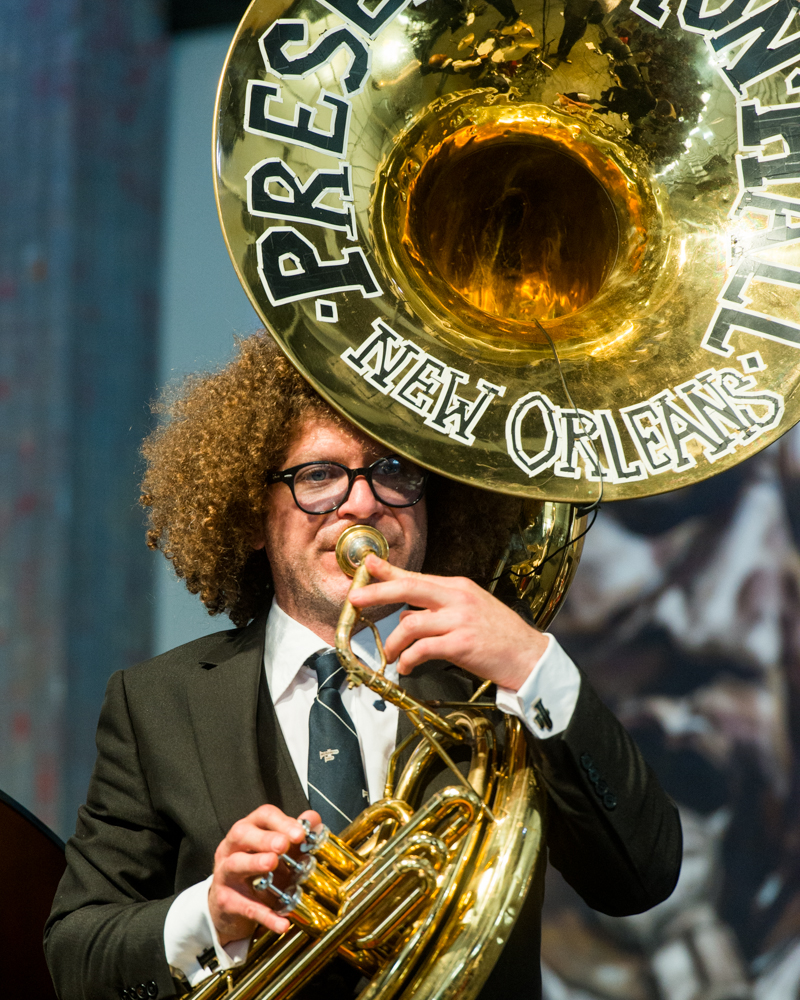 Summer music festivals may be canceling left and right due to the ongoing coronavirus pandemic, but that won’t stop Newport Folk Festival staple the Preservation Hall Jazz Band from playing loud and proud anyway. On Saturday night, the famed group will perform a livestream from their respective homes alongside some special guests, including Paul McCartney, Dave Grohl, and Arcade Fire.

The livestream, dubbed “Round Midnight Preserves”, will take place on June 20th from 9:00 p.m. to midnight ET. In addition to the Foo Fighters frontman, The Beatles bassist, and Arcade Fire, Elvis Costello, Dave Matthews, Beck, Irma Thomas, My Morning Jacket’s Jim James, Jon Batiste, Nathaniel Rateliff, and PJ Morton will also swing by as guests, with some performing in pre-recorded segments. The whole event can be streamed live on YouTube, Twitch, and Facebook (watch below via YouTube).

One of the most popular recurring sessions at the New Orleans Jazz & Heritage Festival is “Midnight Preserves”, a late-night concert series hosted by the Preservation Hall Jazz Band — and the event from which this livestream got its name. Each year, the group’s creative director, Ben Jaffe, rounds up a handful of prominent special guests to play live with the band onstage, the result of which is like a surreal nonstop party full of joy and pride. It’s safe to expect this livestream to be the digital version of such.