David Bowie Takes MTV to Task for Not Playing Black Artists in 1983: Watch 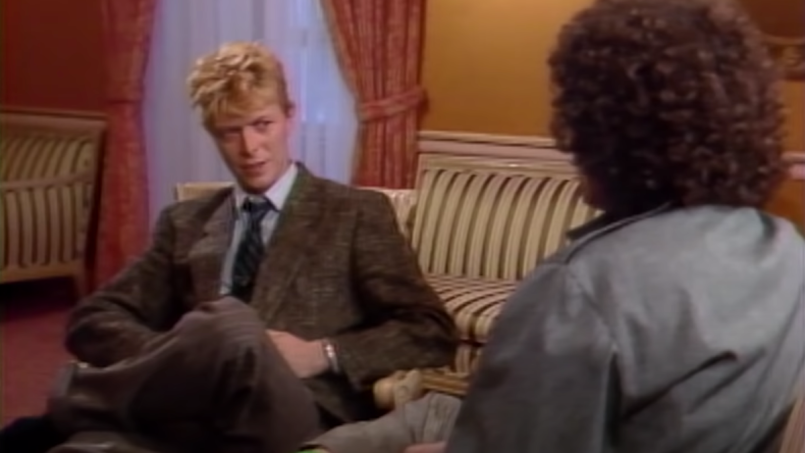 Here’s something to show those who don’t think systemic racism is a thing. Back in 1983, MTV was still a relatively new concept, but it was already facing controversy for not airing many videos by Black artists. During an interview with VJ Mark Goodman, David Bowie questioned why that was. Goodman’s responses were incredibly telling.

The clip was originally republished on MTV’s YouTube channel in 2016, but there’s been renewed interest in it given the ongoing Black Lives Matter protests (via BrooklynVegan), and you can watch it ahead. It appears to pick up at the tail end of an interview, when Bowie turns the questioning on Goodman. “I’m just floored by the fact that there are so few Black artists featured on [MTV],” he notes. “Why is that?”

Immediately on his heels, Goodman replies that the company was “trying to move in that direction,” but was focused on “narrow-casting.” Presented with the idea that many Black artists were making interesting videos at the time, Goodman says MTV had to play not only to coastal hubs but also “some town in the Midwest that would be scared to death by Prince — which we’re playing — or a string of other Black faces and Black music.” Bowie smiles knowingly and says, “Isn’t that interesting?” Goodman doesn’t even realize he’s just suggested MTV was trying to appease rural, white parts of the country it considered racist.

Goodman goes on to reason that even radio stations like New York’s WPLJ didn’t necessarily play bands like The Isley Brothers or The Spinners, acts with whom people from Bowie’s “era” grew up. “But what [do this music] mean to a 17-year-old? Well, if you talk on the phones to these guys, like I did when I was in radio, it’s scary.”

Bowie interrupts him: “Well, I’ll tell you what it means. I’ll tell you what maybe The Isley Brothers or Marvin Gaye means to a Black 17-year-old. Surely he’s part of America as well… Do you not find that it’s a frightening predicament to be in?”

He then poses it should “be a challenge to try and make the media far more integrated, especially, if anything, in musical terms.” Goodman responds that it was starting to happen because “white musicians are now starting to play more than ever… what Black artists have been into. And now hopefully the lines are going to start to blur.” As if to argue that Black music would only be acceptable once appropriated by white performers.

Goodman continues, “…There certainly are a lot of Black kids and white kids who may want to see Black music, but there’s a ton of them who are… It’s not like it was in ’67 where you say, ‘Yeah, I’m not into that, but you are? Yeah?’ Now it’s, ‘You’re into that? I don’t like you.’ And that’s scary, and we can’t just turn around and go, ‘Well, look, this is the right way!’ We can only teach, I think, a little bit at a time.”

Bowie smiles and thanks him for his opinion. “Does that make sense? Is that a valid point?” asks Goodman.

“I understand your point of view,” says Bowie with a laugh.

The clip is an absolutely fascinating look at how some in mainstream media, even those believing they are being cutting edge, so easily — and likely, unconsciously — reinforce institutionalized segregation. It’s also a wonderful reminder that Bowie’s greatness extended far beyond his artistic creativity. Watch the whole video below.