The legendary filmmaker calls for "peace" and "justice" 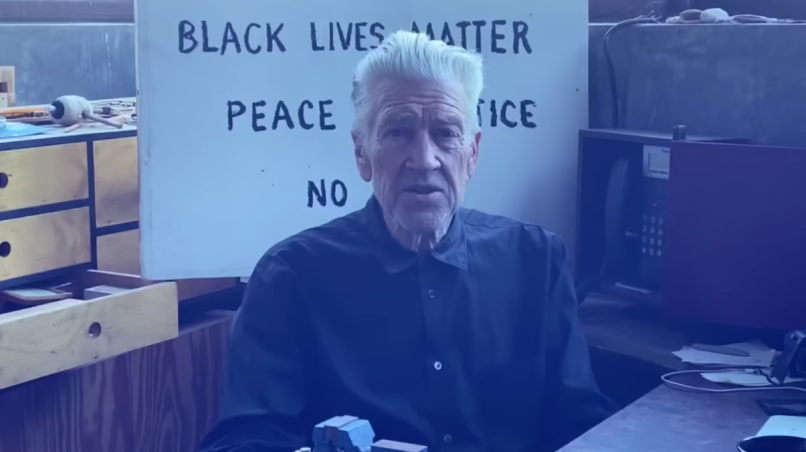 After a nearly decade-long hiatus, David Lynch brought back his pleasantly bizarre weather report videos last month. Having the Blue Velvet and Twin Peaks auteur provide daily commentary on “wispy clouds” and “golden sunshine” is entertaining enough, but his latest broadcast comes with a little something extra: a message of support for the Black Lives Matter movement.

Following a rundown of the “beautiful blue skies” in Los Angeles today (June 3rd), Lynch stepped away from his desk to reveal a sign that featured the words “Black Lives Matter”, “Peace”, “Justice”, and “No Fear”. The camera stayed focused on the sign for the clip’s remaining 45 seconds, while the legendary filmmaker tinkered away in his work space, out of view. Simple yet still impactful.

Today’s sign was prefaced by a stranger than usual weather dispatch on Tuesday. That June 2nd clip didn’t include Lynch or an actual report at all. Instead, perhaps as something of a moment of silence for George Floyd and BLM, the 30-second video was filled with soft background sounds from his space.

Check out both weather reports below. Then revisit Fire (Pozar), a short film written, directed, and animated by Lynch, which was recently made available online for the very first time.

Lynch’s BLM support comes as Derek Chauvin, the Minneapolis police officer who held his knee down on Floyd’s neck, now faces upgraded second-degree murder charges. It was also announced today that the three other officers who assisted Chauvin have each been charged with aiding and abetting second-degree murder.