The first of nine episodes dates back to 2002 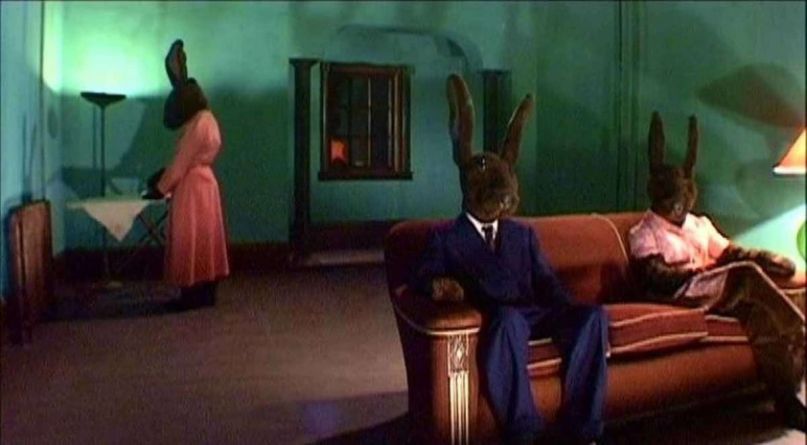 Grab some coffee, folks: David Lynch has dusted off another gem from the vault for his increasingly popular YouTube channel. This time around, he’s dialed things back to 2002 for the first episode of his nine-part “sitcom,” Rabbits.

Featuring Mulholland Drive co-stars Scott Coffey, Laura Elena Harring, and Naomi Watts, the short finds three humanoid rabbits congregating in a dimly lit room, where much of their conversation is disjointed and interrupted by laughter. Here’s its very Lynchian tagline: “In a nameless city deluged by a continuous rain… three rabbits live with a fearful mystery.”

The episodes are scored by Lynch’s go-to composer Angelo Badalamenti, and production took place entirely in Lynch’s Hollywood Hills home garden, where he constructed the gloomy set. Not surprisingly, his neighbors didn’t exactly love the idea at the time.

The episodes were originally hosted on Lynch’s website back in the aughts, but were eventually removed and re-edited as a four-episode version for a set of Lynch’s films. Fans may recognize the eerie footage from its unsettling use in Lynch’s 2006 magnum opus, Inland Empire, arguably one of the scariest films of all time.

Watch Episode 1 of Rabbits below.