Dent May Announces New Album Late Checkout, Shares “I Could Use A Miracle”: Stream 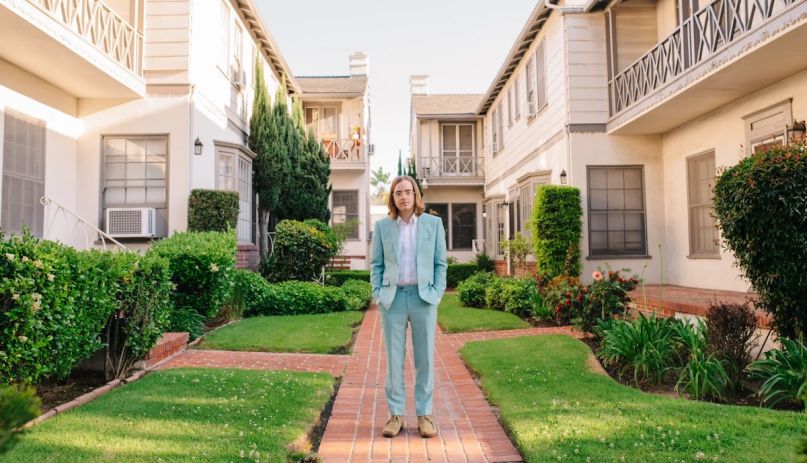 Los Angeles songwriter Dent May has announced his fifth album, Late Checkout. The project arrives August 21st via Carpark Records, and May is previewing it today with a wonderful new pop-rock song called “I Could Use A Miracle”.

Since emerging in the late 2000s as a ukulele-toting psych-pop artist and then pivoting to disco, May has evolved into a much more polished and grandiose songwriter. Fans witnessed flashes of this transformation on 2017’s Across The Multiverse, but this forthcoming follow-up sees May really stepping up to own his new status as a power-pop multi-instrumentalist: not only is the new LP his first to be recorded outside of his home studio, but it’s also his introduction to writing and arranging parts for string players, a horn section, and background vocalists.

The new record’s lead single, “I Could Use A Miracle”, fittingly flexes May’s expansive attributes. It has a striding peppiness and a sugary hook, but its solemn lyrics find May wishing for some good news amidst a parade of disheartening let-downs. Sound familiar? Check it out below via its playful, Nathan Castiel-directed music video, which captures the Renaissance Man-like May onstage playing eight different instruments at once.

Late Checkout was recorded at Honeymoon Suite Recording Studio in LA, a space that May co-owns and built with his friends Pat Jones and Michael Rosen. It’s available for pre-order now.