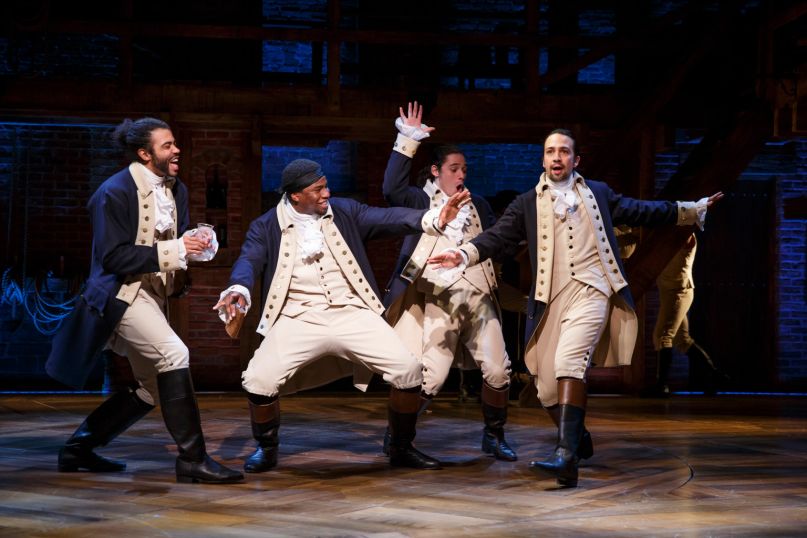 On July 3rd, a film version of Lin-Manuel Miranda’s Tony Award-winning musical, Hamilton, will hit Disney Plus. In anticipation, the first trailer has been revealed. Additionally, Disney Plus is currently offering a 7-day free trial.

Originally, the film was set to hit theaters in October 2021, but with millions of Americans currently stuck at home in quarantine, Disney recently altered those plans. It will now stream exclusively on Disney Plus.

The film adaptation of Hamilton, which Disney reportedly paid $75 million to acquire, captures a staging of the musical during its original run at the Richard Rodgers Theatre, in New York City. Alongside Miranda as Alexander Hamilton, the cast included Daveed Diggs as Marquis de Lafayette and Thomas Jefferson; Leslie Odom Jr. as Aaron Burr; Christopher Jackson as George Washington; Jonathan Groff as King George; Renee Elise Goldsberry as Angelica Schuyler; and Phillipa Soo as Eliza Hamilton.

Disney Plus is also available as a 7-day trial as part of a bundle also featuring Hulu and ESPN Plus.