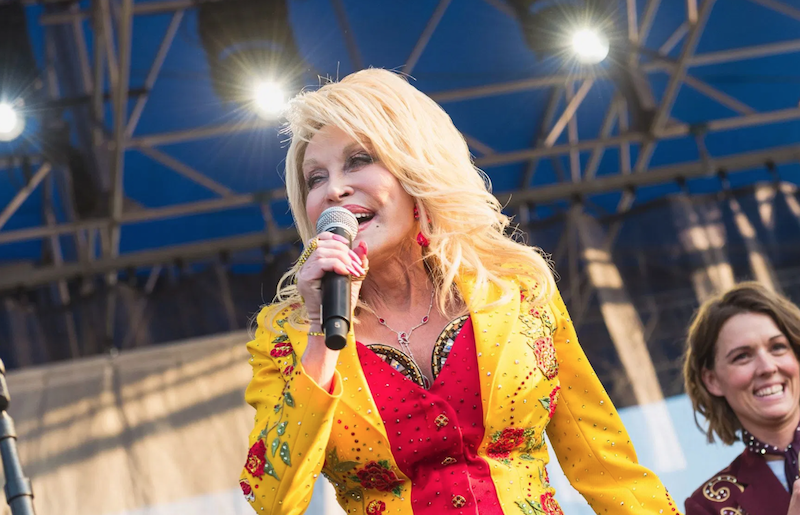 Back in December, Tennessee state senator Jeremy Faison proposed replacing a bust of former Ku Klux Klan grand wizard Nathan Bedford Forrest currently on display in the state’s capitol building with one of an actual Tennessee hero: Dolly Parton. Now, amid racial unrest across the country spurred on by a rash of unarmed Black people being killed by police, the idea is picking up steam.

This week, a petition was launched calling on local officials to replace problematic statues of Forrest and other Confederate leaders with ones of Parton. “History should not be forgotten, but we need not glamorize those who do not deserve our praise,” the petition reads. “Instead, let us honor a true Tennessee hero, Dolly Parton.”

The petition goes on to note Parton’s many accomplishments beyond music, such as her Imagination Library which has provided free books and scholarships to millions of American children, as well as the millions of dollars she has donated to the Red Cross and COVID-19 research.

“Let’s replace the statues of men who sought to tear this country apart with a monument to the woman who has worked her entire life to bring us closer together,” the petition adds.

Also this week, Taylor Swift, perhaps the most famous Tennessee celebrity aside from Parton, called on local government officials to take down Forrest’s statue. “When you fight to honor racists, you show black Tennesseans and all of their allies where you stand, and you continue this cycle of hurt,” Swift wrote. “You can’t change history, but you can change this.”

When State Senator Faison first announced his proposal for a Parton statue late last year, he told his fellow legislators, “If we want to preserve history, then let’s tell it the right way. Right now there are eight alcoves [in the Capitol]. Seven are filled with white men. How about getting a lady in there? My daughter is 16, and I would love for her to come into the Capitol and see a lady up there. What’s wrong with Anne Dallas Dudley getting in that alcove? What’s wrong with someone like Dolly Parton being put in that alcove?”

For their part, Tennessee state lawmakers have thus far voted against legislation to remove Forrest’s bust. However, Governor Bill Lee said he will no longer proclaim July 13th as “Nathan Bedford Forrest Day” in Tennessee after both chambers passed a bill nixing the holiday.