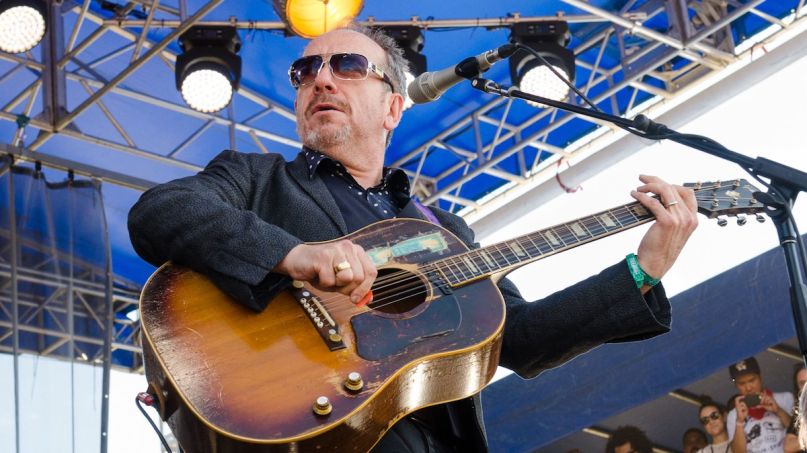 Elvis Costello has returned with a brand new song called “No Flag”. It’s his first new music since releasing the album Look Now back in 2018. To coincide with the single’s release, he’s also shared a colorful lyric video.

Back in February, Costello traveled alone to the capital of Finland to record new music at Suomenlinnan Studio. He worked for three days straight there in the hopes of finding the type of creative lucidity that comes with no expectations. “I wanted to go somewhere nobody knew me,” he said of the experience. “So, this is ‘The Helsinki Sound.'”

Musically, “No Flag” sees Costello returning to his punk roots, particularly the pissed-off sector of the genre given how fed up he sounds. Considering the political crumbling that’s been happening both in America and England these past few years, it seems pretty likely that he’s had his fill of faux patriotism. “No time for this kind of love/ No flag waving high above,” he half sings, half yells. “No sign for the dark place that I live/ No god for the damn that I don’t give.” Stream it below.

Last month, the O.B.E. recipient participated in a livestream concert fundraiser benefiting the Jazz Foundation of America and its COVID-19 Musicians’ Emergency Fund. He’s otherwise kept pretty quiet, but you can revisit live sets from Costello’s prime by checking out the huge Peel Sessions catalog a fan recently organized.