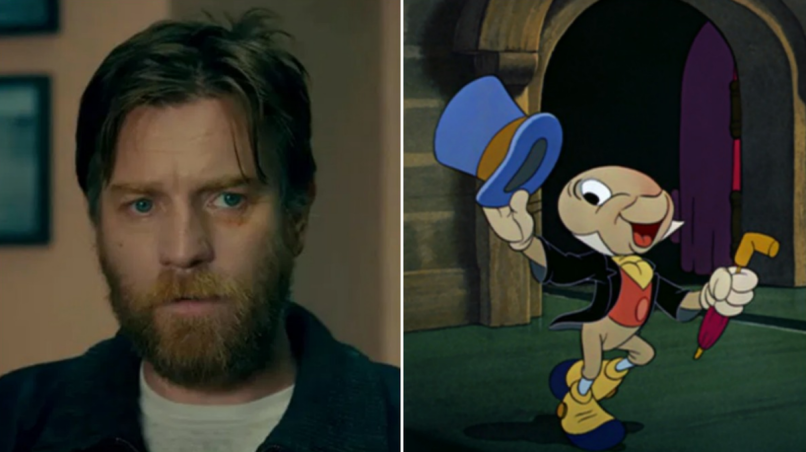 Back in February, it was revealed that Ewan McGregor would have a role in Guillermo del Toro’s stop-motion adaptation of Pinocchio. Now, McGregor himself has confirmed that he’s voicing the beloved character Jiminy Cricket in the upcoming film.

The Scottish actor broke the news in a recent interview with ACE Comic-Con (via The Playlist). He also confirmed that most of his dialogue was recorded before the pandemic hit, but hinted he may have more work to do yet. “And of course, it’s stop-frame animation, so it’s going to take them a great long time to make that film,” McGregor said. “But my first part of that, which is recording his dialogue, is sorta done. There may or may not be a song that needs to be recorded. I’m not sure I’m at liberty to discuss that.”

The making of Pinocchio has been an understandably long process, given the meticulous nature of constructing a stop-motion animation film. After years of struggling to find the funding, del Toro finally convinced Netflix to purchase the idea in 2018 and it was slated for a 2021 release. Who knows if that deadline will actually pan out now, though, given the cataclysmic way that COVID-19 has disrupted Hollywood.

McGregor, known for playing Obi-Wan Kenobi in Star Wars: Episode 1 – The Phantom Menace and other roles in Moulin Rouge and Trainspotting, will be joining David Bradley, Ron Pearlman, Christoph Waltz, Tilda Swinton and others for del Toro’s dark take on the Disney classic. So far, it’s been confirmed that Bradley will voice the poor woodcarver Gepetto and Pearlman will voice the fearsome puppet master Mangiafuoco, but the other cast members have yet to publicly reveal their roles.

Earlier this year, McGregor had a sizable role as Roman “Black Mask” Sionis in Birds of Prey: And the Fantabulous Emancipation of One Harley Quinn. He’s next set to reprise his role as Obi-Wan Kenobi in an upcoming Disney+ Series.

Editor’s Note: You can revisit all of Disney’s classic animated films, including Pinocchio on Disney+. What’s more, a 7-day free trial is being offered for a bundle of Disney+, Hulu, and ESPN+.