The film adaptation of Byrne's Broadway musical will premiere in October 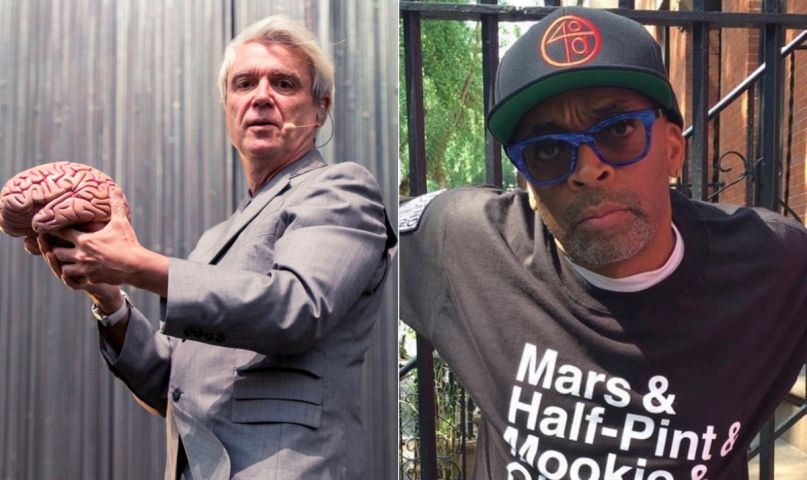 HBO has acquired the film adaptation of David Byrne’s American Utopia directed by Spike Lee, with plans to air it on October 17th. Update: HBO has shared a teaser trailer for American Utopia, which you can see below.

The film captures Byrne’s award-winning Broadway musical, inspired by Byrne’s latest album of the same name. On stage, Byrne is joined by 11-piece mobile ensemble playing songs from American Utopia, other tracks from his solo catalog, and Talking Heads material. Annie-B Parson, who worked with Byrne on his preceding “American Utopia Tour”, scripted the show’s staging and choreography.


“Spike and I have crossed paths many times over the years, obviously I’m a huge fan and now finally here was an opportunity for us to work together,” Byrne says in a statement. “I am absolutely thrilled with the result. The Broadway show was a wonderful challenge as well as an opportunity – it was a joy to perform and, well, best to let the quotes speak for themselves. Thrilled that this show and the subjects it addresses will now reach a wider audience.”

The production initially ran from October 2019 through February 2020. A second run of shows was announced for later this year, but those dates were postponed due to Broadway’s ongoing shuttering in response to COVID-19.

Fortunately, all of Byrne’s fans will be able to catch American Utopia from the safety and comfort of their own homes when it screens on HBO later this year. To prepare, you can purchase Byrne’s original album or the Broadway cast recording.

Byrne and Parson discussed the choreography of the “American Utopia Tour” during a visit to This Must Be the Gig. Listen to the episode below.