HBO Max Restores Gone With the Wind, With Historical Disclaimer 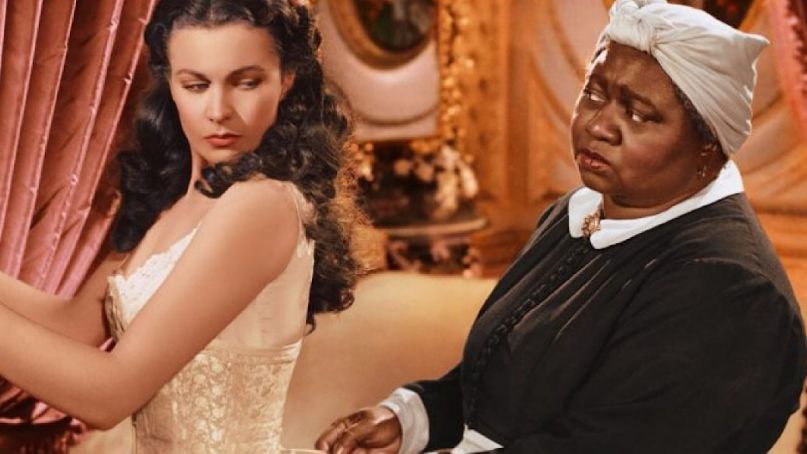 Two weeks after HBO Max pulled Gone with the Wind, the Oscar-winning film has returned to the platform, with a new historical disclaimer in tow.

The 1939 film is the recipient of ten Academy Awards, and ranks as the highest-grossing motion picture in American history (adjusted to inflation). Yet, in the eyes of some, the film’s depiction of Black characters as racist stereotypes who are cheerfully and gratefully subservient to the white characters is untenable in modern day America.

On June 10th, HBO Max announced it was temporarily removing Gone With the Wind until the film could be prefaced by “a discussion of its historical context and a denouncement” of its ethnic and racial prejudices.” Such a discussion has now been added in the form of a four-minute featurette with TCM host and film scholar Jacqueline Stewart.

“Watching Gone With the Wind can be uncomfortable, even painful,” Stewart says in the featurette. “Still, it is important that classic Hollywood films are available to us in their original form for viewing and discussion.”

She goes to explain how Gone With the Wind presents “the Antebellum South as a world of grace and beauty without acknowledging the brutalities of the system of chattel slavery upon which this world is based.” She adds, “The film’s treatment of this world through a lens of nostalgia denies the horrors of slavery, as well as its legacies of racial inequality.”

Stewart also emphasizes several key points about the film’s history that are often overlooked. To start, Stewart notes that the film drew protests from Black audiences even before its initial release in 1939. Additionally, while supporters of the film often cite the fact that it resulted in the first Academy Award victory for a person of color, Stewart reminds viewers that the actress in question, Hattie McDaniel, was not allowed to sit with the other cast members at the Oscars. She and her fellow Black cast members were also not allowed to attend the film’s premiere due to Jim Crow segregation laws.

Along with Stewart’s disclaimer, HBO Max is streaming a panel discussion called The Complicated Legacy of ‘Gone With the Wind, from the TCM Classic Film Festival in April 2019, moderated by author and historian Donald Bogle.

The impact of George Floyd’s murder and the ensuing racial unrest that has gripped the nation has led many other content providers to re-evaluate, alter, or remove racially-charged and problematic programing. Already we’ve seen reality cops shows like Cops and Live P.D. canceled outright, while episodes of 30 Rock, Scrubs, and The Mighty Boosh featuring blackface have been pulled from their respective platforms. Meanwhile, comedians and talk shows hosts including Jimmy Fallon, Jimmy Kimmel, and Howard Stern have issued statements regarding their own past usage of blackface.