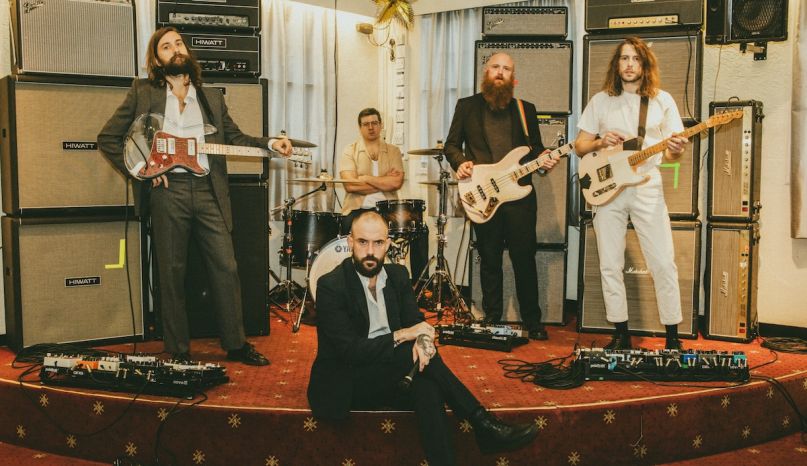 Post-punk outfit IDLES are prepping to release a new album called Ultra Mono. Their third LP and follow-up to 2018’s Joy As An Act of Resistance is due out September 25th through Partisan Records.

The Bristol natives were also joined by a number of vocalists and musicians in Savages leader Jehnny Beth, Warren Ellis of Nick Cave and the Bad Seeds, David Yow of The Jesus Lizard, and jazz songwriter Jamie Cullum. IDLES frontman Joe Talbot just featured on Beth’s debut solo album, To Live is to Love.

Ultra Mono includes the previous single “Mr. Motivator”; a second track, “Grounds”, has been revealed today. “We wanted to write a song that embodied self-belief, and gave us self-belief — a counter-punch to all the doubt we build up from all the noise we so easily let in,” Talbot explained.

Pre-orders for Ultra Mono have begun. In support, IDLES have lined up three livestreamed performances for August 29th and 30th. The ticketed virtual events are on sale now here.