Despite the timing, the band insists it's not trying "latch onto the outrage" in America right now 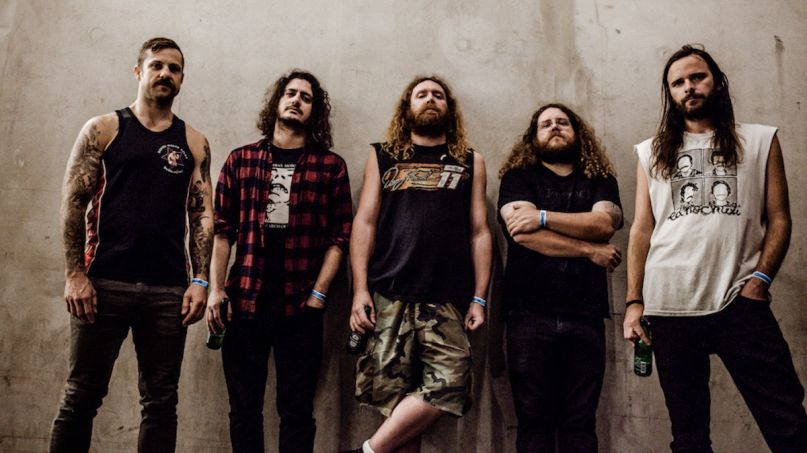 In a press release, Inter Arma acknowledged that it could be construed that the timing of the single is tied to the current unrest across the nation, where protests have broken out following the death of George Floyd in police custody. In fact, the band actually quietly released the song last week, but didn’t announce it until today.

“We released our cover of Nine Inch Nails’ ‘March of the Pigs’ this past Tuesday, but felt it would have been inappropriate to latch onto the outrage we’re all experiencing to promote a cover album, even if by happenstance,” stated the band. “If you want to hear it, it’s out there. In the meantime, we suggest that you continue to fight against police brutality and institutionalized racism however you can. It’s working. If you’ve got the means, please consider giving a few or a lot of dollars to the Richmond Community Bail Fund and/or BEAM (Black Emotional And Mental Health) … Black Lives Matter. Thanks.”

Despite the derogatory term for police officers in the title, Nine Inch Nails mastermind Trent Reznor has never said that “March of the Pigs” was about cops. In fact, he’s kept the meaning of the Downward Spiral track fairly vague in interviews, only saying that “pigs” can refer to anyone from the media to people he thought were his friends. “The issue I was addressing was… when we attained a certain level of success, it was surprising to see the legion of people starting to f**k with you, can’t wait to see you fail, hoping that you’ll f**k up, ripping you off, trying to use you,” he once said in NIN’s Disturbed bootleg interview disc.

Musically, the cover keeps the fast pace of the original industrial track, but adds more noise and sludge to the song, with singer Mike Paparo offering a raspy scream throughout.

Inter Arma’s “March of the Pigs” cover was preceded by their version of Neil Young’s “Southern Man”. Other artists covered on the EP include Ministry, Cro-Mags, Tom Petty, and Prince. Pre-orders for Garbers Days Revisited are available here.